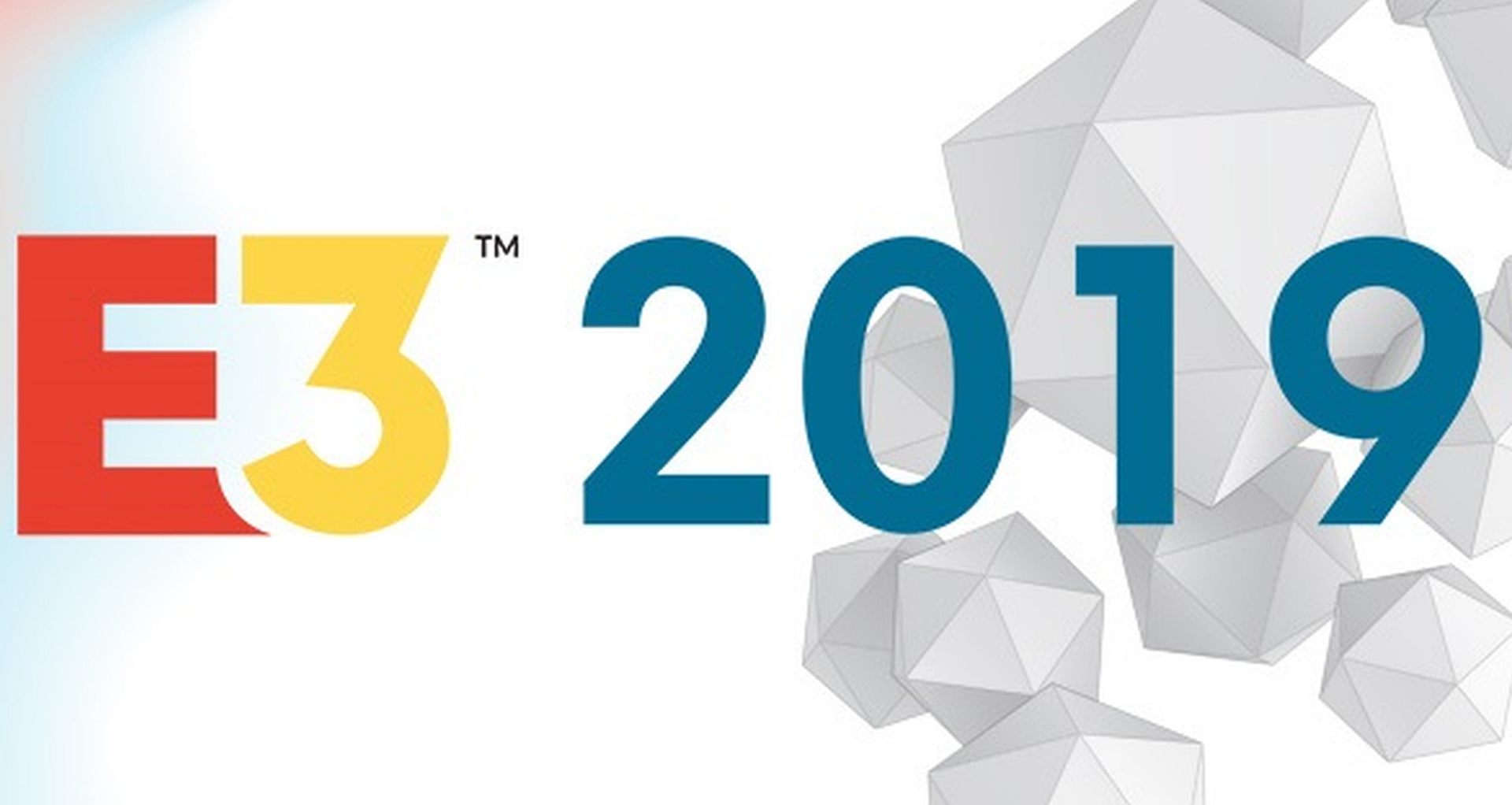 The E3 2019 conferences felt a little watered down this year. Each respective company had a ton of trailers and announcements for games but overall, it was pretty mediocre. Even with Sony stepping away from E3 this year there was just so much. Yet it was still a little lackluster. Maybe because there wasn’t a lot of surprises. We already knew about most of what was shown.

That’s not to say it was a total bore fest though. There were some interesting announcements this year and there are definitely games to look forward to. Some of these announcements stood out above the crowd. Whether they were new IPs or more footage of games we already knew about there was still some exciting news. Here are ten of the more interesting E3 2019 conference moments and announcements.

While this was leaked beforehand it was still cool to see a trailer for this intriguing project. Elden Ring is a collaboration between author of The Song of Ice and Fire (aka Game of Thrones) book series, George R.R. Martin, and Dark Souls director, Hidetaka Miyazaki. It looks like Martin will be working on the mythology of the world of Elden Ring while Miyazaki will be writing the main story. Not much else is known about the project at this time but it’s definitely an interesting partnership.

The upcoming Cyberpunk 2077 is looking really good and we got to see some more of it this year as well. A nice little surprise came in the form of Keanu Reeves appearing in the game at the end of the trailer and then walking on stage to talk to the audience.

Not only is he appearing in the game but he’s also going to play a main character. According to CD Projekt Red founder, Marcin Iwinski, who hopped on a E3 Coliseum panel, Reeves plays a character with a very prominent role. His character is named Silverhand, who is also based on the same character from the original Cyberpunk role playing game.

As for Cyberpunk 2077, there was another gameplay shown behind closed doors to the press. They did the same thing last year and eventually released the video to the public. Let’s hope they do the same this time as well.

This is one of the very few surprises that showed up at E3. Developers Bloober Team, who brought us Layers of Fear and Observer, are tackling this first person psychological horror. Think what you might about the movie, this looks pretty decent. I think if anyone can pull it off it would be Bloober Team. Unfortunately, the game is only set to release for Xbox and PC, in August. Still an interesting announcement anyway.

Another one of the few surprises this year, Shinji Mikami (Resident Evil, Evil Within) took to the stage to announce their next project titled Ghostwire: Tokyo. We don’t have a whole lot of info about the game but it’s going to be spooky and it’s going to be different than Tango Gameworks previous works with Evil Within.

Instead of straight up horror, it looks to lean more towards the paranormal and occult side of things with that distinctive Japanese flavor. That doesn’t mean it won’t have its share of action of course, as you can see towards the end of the trailer. It’s also been noted as being “a new kind of action-adventure game”.

Here’s hoping we hear some more about this one soon.

I might be a little biased on this one because I like games that I can play co-op with my family but Wolfenstein: Youngblood looks like an interesting addition to the series. You play as the twin daughters of BJ Blazkowicz, Jess and Soph, during the 1980’s which takes place many years after the events of the second game. This is a spin-off so we’re not getting a direct sequel here but it’s length will still be pretty substantial.

You can play solo with one character being controlled by A.I. but I imagine it’s more fun to have someone else jump in and take control of the other sister. Bethesda is also offering a “buddy pass” that you can give to a friend so they can play with you.

Despite the first two Watch Dogs games being hit or miss with people, this new iteration looks rather promising if only for the concept of it. Watch Dogs Legion doesn’t actually have one main character but instead many characters. In fact, they claim you can play as any NPC. All of which you can use to progress the story. They can also permanently die which adds and interesting layer to the gameplay.

They all have their own set of perks and attributes although you can assign them to any class in the game. You might want to use their strengths to your advantage because, as I mentioned, they can die and you lose them permanently. Another tidbit to mention here is that the cutscenes will change depending on who you have on your team and who you have lost.

Something else interesting about this one is that the game is set in a post Brexit London. They said they started the game before all that went down but people are still questioning it anyway. The game is set to release March 6th, 2020, along with a slew of other games. Here’s hoping this lives up to the expectations they have set forth.

Another new IP is almost always a surefire way to get everyone’s attention and Ubisoft did just that with Gods and Monsters. It’s from the creators of Assassin’s Creed Odyssey and is an open world game with a storybook aesthetic. In fact they call it a “storybook adventure”. There was no gameplay in the trailer but it shows a bunch of mythological creatures in a neat looking “painted” landscape.

You play as a hero who has been tasked to help save the gods. You’ll be able to wield the power of the gods as well. Whether that means throwing bolts from Zeus or something like that remains to be seen. Hopefully we’ll see some gameplay from them soon so we can get a better idea of what to expect. But either way, this looks to be an epic journey.

Now that this game is finally not a long running joke and is actually happening, more details are slowly coming to light. And they laid out quite a bit this year at E3. Which was enough to get it on the list. There were quite a few highlights that they gave us during the conference. For one it’s become glaringly apparent that this game is going to be massive. As in this is the first of an unknown amount of games and spans the first section of the original game that takes place in Midgar. Oh and it will be on not one, but two blu-ray discs.

So they have greatly expanded upon the original game in several ways. Bigger set pieces, more dialogue, and more epic battles are what they are bringing to this game. All while staying true to the original fans. Of which there are many.

The battle system was also shown off at the Square Enix conference and gave us a taste of what it will be like to play the game. It’s like a hybrid of the original ATB system. Normal battle is very action oriented, similar to some of the latest Final Fantasy games such as Final Fantasy XV. But you can also pause the game at any moment in order to use items and limits. You’re also encouraged to switch between characters on a regular basis to get the most out of your team. In other words, the battle system is a hybrid of the original battle system and a new one. It looks like they may have figured out a way to please both old and new fans at the same time. Maybe.

They also showed off some more of the characters including a favorite of many, Tifa. There’s footage of new areas and even a sneak peek at materia. Add in a release date and you have a huge part of the Square Enix conference for just this one game. It looks promising though.

You all may have heard of a little game called Fallout 76 and how, when it launched, received all manner of flak from critics and players alike. Despite all that, people have still been playing the game and Bethesda, apparently, has been listening to those players. Fallout 76 Wastelanders is another expansion for the online post-apocalyptic game and will be adding in some features that stem from the previous single player entries in the series. NPCs and quests are coming to Fallout 76 for the first time.

Right now there are no NPCs in the game. Anyone you find is another player so this should be an interesting addition. They will be secluded from the outside world so you’ll have to go to certain areas to find them. But they will come with branching dialogue and react to your choices similar to other Fallout games. You’ll even be able to get a little romantic with certain ones as well if that’s your thing.

It’s worth mentioning that this new expansion will also bring new weapons, armor, enemies, etc. to the world. There is no release date as of yet except that it’ll be out sometime in fall of this year.

This is the code name for the new Xbox system that is in the works. I can almost hear you now. You’re probably wondering why this is on the list at all. What in the world does this have to do with PlayStation? I’m glad you asked.

Let’s go back a couple months to April when Wired posted an article with an exclusive look at the PS5. Mark Cerny went over some of the specs and talked about how much of a dramatic effect the new system will have for games. Here are a few of the highlights of Sony’s upcoming system:

Now, let’s take a look at some of the highlights from the reveal Microsoft had for their new system:

Sound a bit familiar? I thought so too. And that’s why this is on this list. Both systems sound very comparable as far as technology goes. At least right now anyway. This is, of course, just a small taste of what’s to come and doesn’t include all the features of either system but I just couldn’t help but feel like I had heard all this before when I was watching the Xbox conference.

There you go, ten of the more interesting moments from E3 2019. Are there any you would like to add to it? Did we miss any? What did you like or hate about e3 2019?

I don’t know if i can really take the mental hit from FFVII again, i mean at least i’ll know its coming but it’ll still suck. I bought Valkyria Chronicles for my PS4(already played it on PS3) and can’t bring myself to play that certain mission. These are the only 2 games i’ve played that got me to cry.