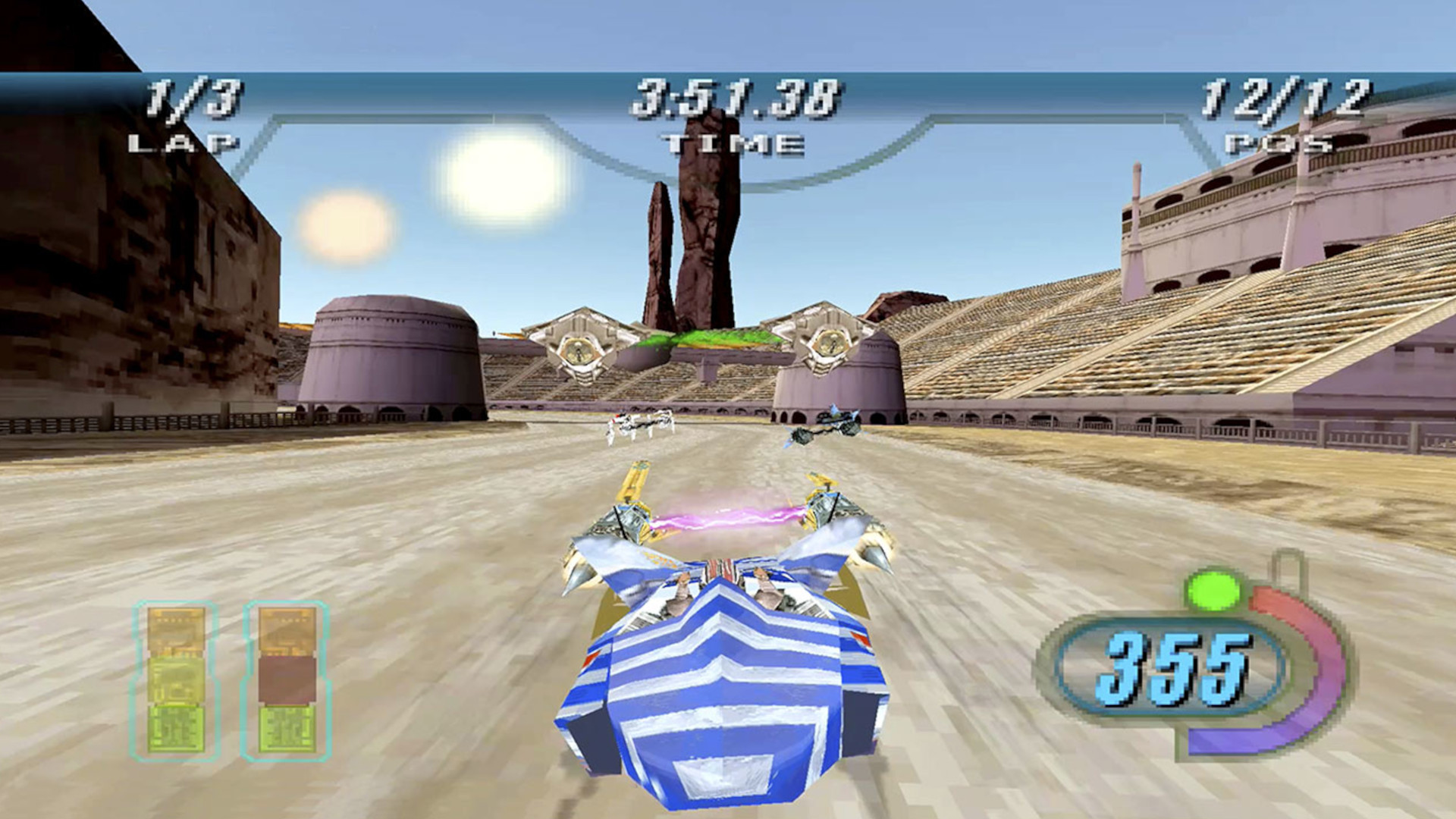 Star Wars Episode I: Racer is coming to the PS4. In an announcement Thursday, the Star Wars blog revealed it will be coming some time in the future. So far it isn’t quite clear when it will be hitting digital shelves, but fans are ecstatic – albeit a bit wary of how it will run.

In the release, it also showed off graphics through a handful of images. Which didn’t look even remotely remastered. This means it’s likely just a port of the original classic from all the way back in 1999. Opting to port the game could be a double-edged sword. On one hand, it could retain a lot of nostalgia for those who seek it out. On the other hand, it could be riddled with some level of bugs that come with porting a game.

Though they didn’t share a release date, they did share some of its features which include 25 characters to choose from, eight different tracks, the addition of split-screen multiplayer, and more.

Star Wars Episode I: Racer is a podracing game that made a name for itself as being many fans’ top Star Wars game at the time. It even holds the record of best-selling sci-fi racer. It’s no doubt why though, the game pulled on the fans’ desires to be in the Star Wars universe and the ability to simulate yourself in one of the bigger scenes of the film doesn’t lose its luster.

Are you going to pick it up when it launches?

If i am not mistaken, wasn’t this game in a playstation underground demo? I think i remember playing this before.