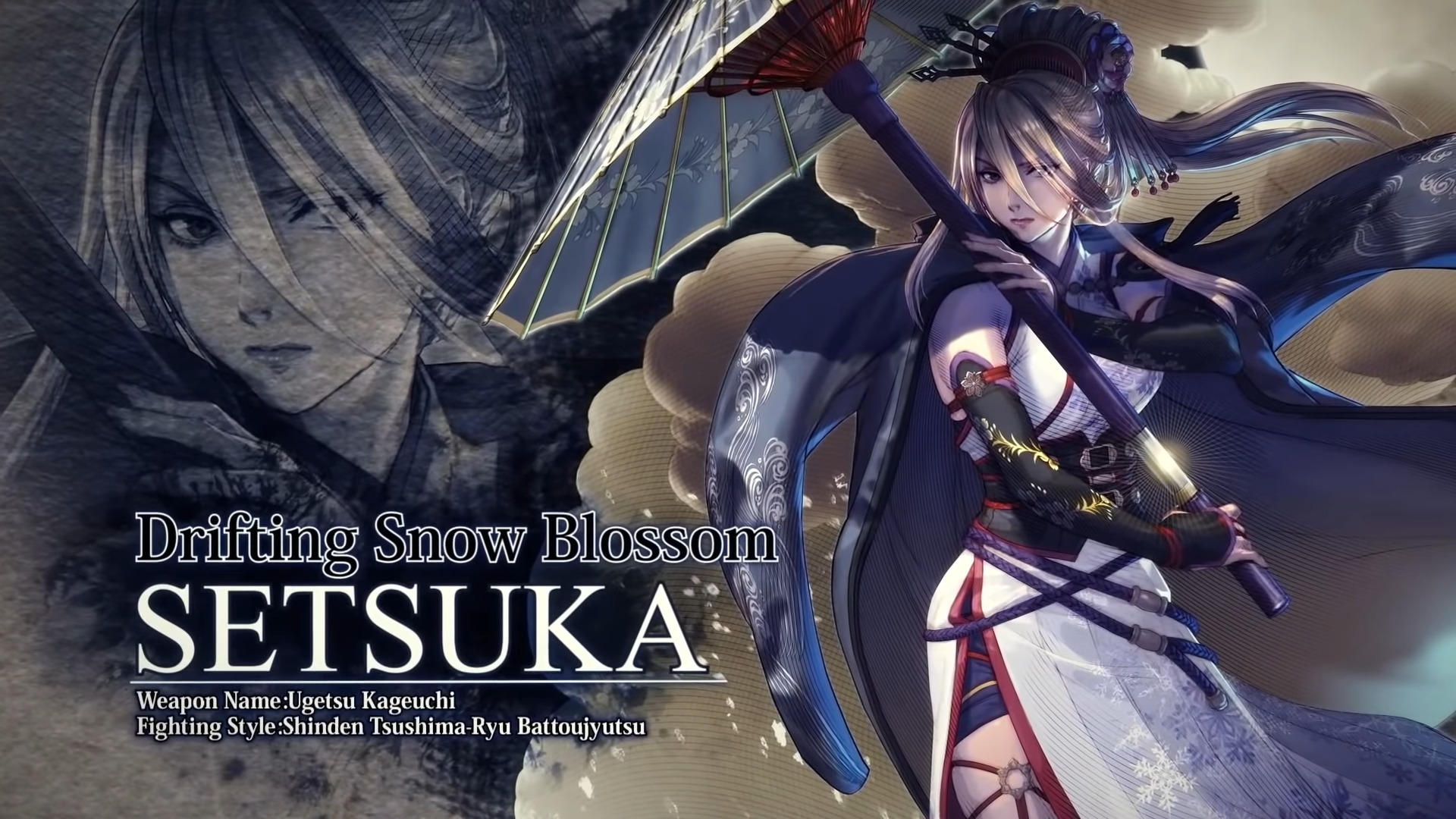 It’s been a hot minute we’ve covered any Soulcalibur VI since Amy’s reveal as DLC in early 2019. Now, we have a new character thrown into the DLC roster – introducing, Setsuka.

When we say new, though, that’s because she hasn’t been seen in the franchise for a while. The parasol-wielding fighter first appeared in Soulcalibur III and went on to appear in IV. The story of Setsuka is that of seeking revenge against Heishiro Mitsurugi for slaying her master.

What do you think? Who do you hope makes the cut next? Tell us below!