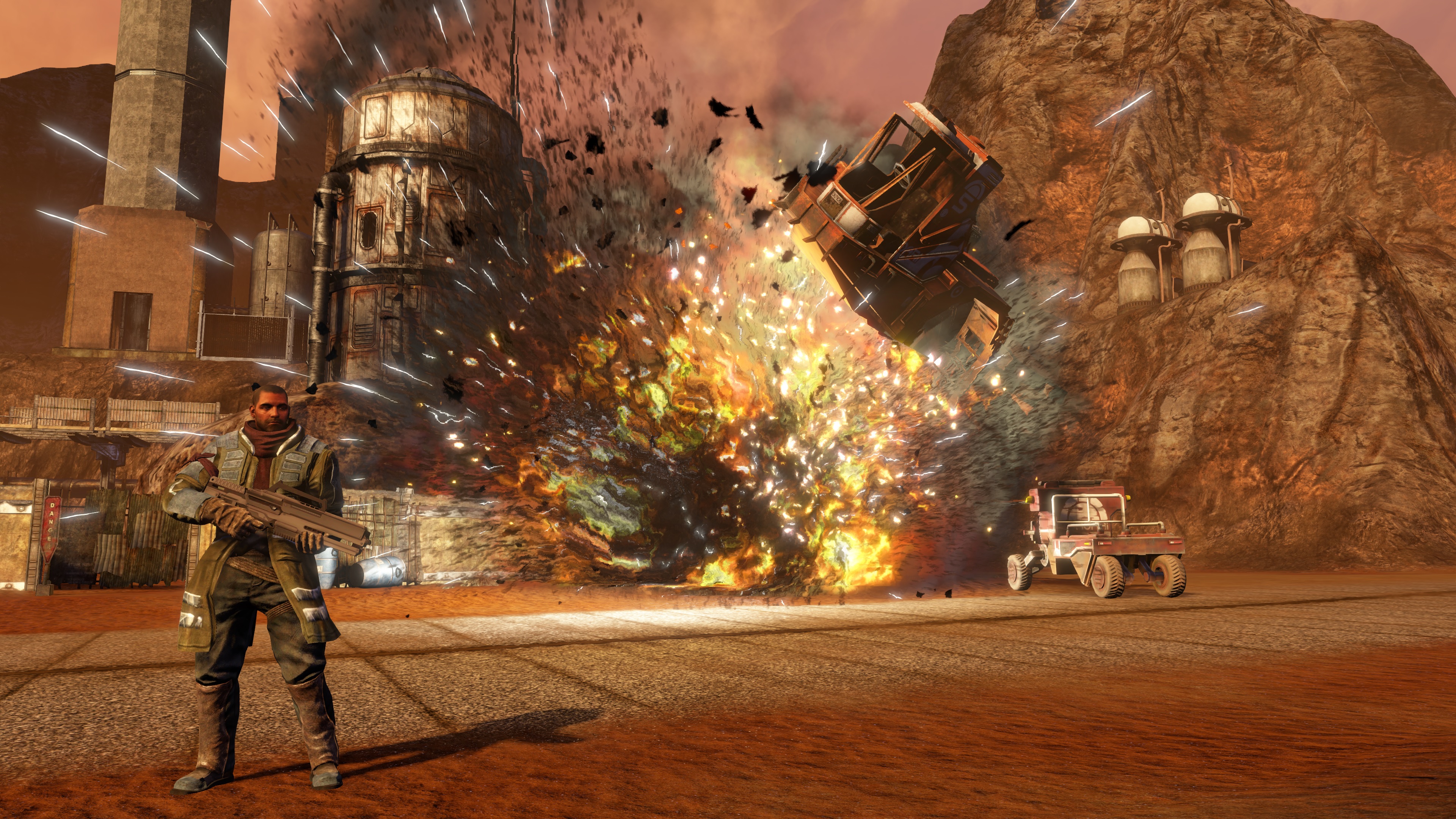 It looks like THQ Nordic has kept themselves busy lately. Just announced today is the a remastered version of the PS3 game Red Faction Guerrilla dubbed the Re-Mars-tered edition. Yeah, I know, say that three times fast.

In case you missed the proverbial spaceship (don’t worry, a lot of people did) Red Faction Guerrilla came out on PS3 back in 2009 (PSXExtreme reviewed it too). It was set 50 years after the events of the first Red Faction. Whereas the original was known for its destructible environments, Guerrilla changed the formula up a bit using what was called the Geomod 2.0 engine to make everything else destructible (cover, buildings, etc.) to a level that was previously unprecedented.

Unfortunately the game lacked the visual appeal of the time and came off as a bit outdated. It didn’t do so well critically. Guerrilla still garnered quite the following though and left its mark on the gaming community which is actually still a bit active on Steam.

THQ Nordic has been busy updating the Steam version of the game for a while, which is probably what lead to this remastered, er, Re-Mars-tered, edition. A lot of the features added bring the game more up to date visually, which the original was lacking in. You can see some of the pictures further below.

This could be a good way to revive the series. The Red Faction series was a unique take on action shooters and pushed the console technology in interesting directions. I still remember how amazing it was to be able to blow up the walls and essentially break the game in the first Red Faction. Guerrilla took that concept a step further with destructible objects in the environment that added some interesting strategies to the mix.

There is no release date as of yet but more info is expected to be announced soon.

What do you think of this game getting remastered? Did you play this game when it came out? And more importantly, did you like it?