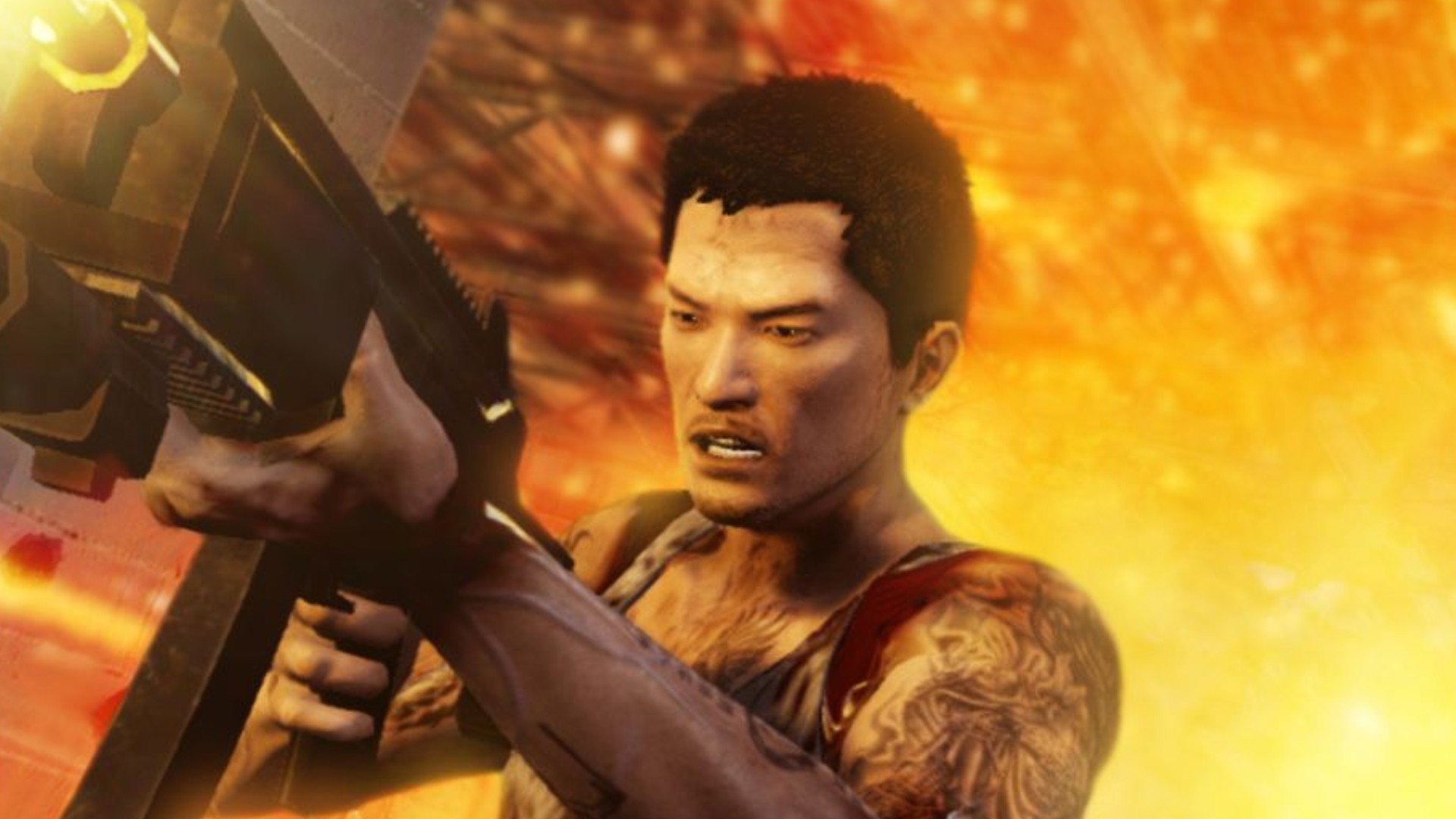 
Dude, Sleeping Dogs is like…way fun. See, that’s what happens when you sit for ten minutes, desperately and vainly trying to come up with a really great opening line. All that happens is you reflect on your play time and ultimately, one reaction tends to bleed through. It isn’t poetic. It isn’t detailed. It doesn’t really do much for the reader. But you know, it’s damn accurate and now I’ll spend the requisite time explaining why this one is like…wait, let me think…”Wei” fun.

Oddly enough, much like the other great game this week, Darksiders II , the weakest aspect of the title previously known as True Crime: Hong Kong is the graphical presentation. The character models are lacking and the environment isn’t the most pristine and polished you’ve ever seen. The animations can even be a little quirky. But hey, disappointing textures don’t dictate the experience and we can’t forget the attention to detail, the overall feel and atmosphere, and the immersion offered by such an engaging environment. It’s not about photorealism.

The sound is a big highlight thanks to a fantastically talented voice cast. I don’t think all the performances are excellent, but most of the main characters have plenty of personality and necessary attitude. The soundtrack is a big bonus and always accentuates the gritty, in-your-face action, and the effects are enough to make you jump. As you might expect, there are lots of hectic situations in which crisp, gut-wrenching audio affects add a grisly panache to the already awesome atmosphere. The balancing is a little off but besides that, I’d say the sound category earns a big ol’ check plus. Remember those in school?

I really didn’t expect to be comparing Darksiders II and Sleeping Dogs at all. But I’ve already done it once in reference to the visuals and I’m going to do it again in our discussion of the gameplay. The reason is that both titles offer plenty of different mechanics and control styles and while no one element is perfectly implemented, they all come together in an invigorating, diverse mélange of tasty entertainment. Following the campaign takes you on a rousing adventure that is loaded with everything from melee combat to racing to third-person shooting.

The main character is Wei Shen, who grew up in Hong Kong and has returned after a stint in the US. His sister has been killed and on a mission of vengeance (really the best kind for tough-guy dramas), he goes undercover to infiltrate the infamous Sun On Yee triad. This is pretty standard stuff, but the writers go that extra mile by incorporating uncertainty. Shen is always in danger of being exposed to the triads and due to his past – which included some rowdy behavior – his police cohorts are constantly worried that he’s returning to his criminal roots. The result is something very John Woo-ish and just has to remind you of “Hard Boiled.”

The game features an open world format but you don’t get to run around like a madman right off the bat. You have to unlock portions of the city to explore because at first, you have to complete some important objectives. Also, it’s important to note that even after you’ve pushed into the open, so-to-speak, the focus of the game remains squarely on the story-driven missions. That’s where all the drama is, and you’re always thirsty for more. Bouncing back and forth between martial arts combat and racing through the Hong Kong streets never gets old.

The combat is pretty straightforward; a little less complex than I would’ve liked, but I understand that accessibility is key. On top of which, those gut-wrenching sound effects I mentioned above…? They so come into play here; they’re just brutal in every sense of the word, which makes perfect sense given the brutal nature of the combat. Much like Yakuza , you’ll be able to use various parts of the environment to inflict even more pain on your enemies, who aren’t always pushovers. Countering is also a big part of the fighting, and it all blends together extremely well.

But this does lead me to my main gripe: The camera. Once again, I’m hearkening back to Darksiders II , as the camera could be an issue there, too. However, it’s more frustrating and problematic in Sleeping Dogs , as its “auto-centering” feature can be super annoying when driving. And, like DSII, tight, cramped areas are the camera’s nemesis, as you can run into all sorts of trouble; battling the camera isn’t anywhere near as much fun as battling overwhelmed enemies. There were multiple times when I just yelled at the camera to “knock it off!”

I should also add that while everyone seems enamored with the storyline and plot, I have to say I found it somewhat generic and a little predictable. I’m a tough sell when it comes to stories, though, so I may not be the best indicator; if you really love plots of this nature, you’ll probably enjoy this script. I just find these underground organized crime dramas to have too little in the way of substance, and I’m often rolling my eyes at the screen going, “Mm-hm, I’m sure that would happen.” But again, I’m rarely impressed with action-based stories and besides, this plot is well-paced and relatively well told so we shouldn’t forget that.

Getting back to the cool stuff, I was a big fan of the Face system. This is basically your reputation, which dictates how the Hong Kong citizens will react to your presence. By performing various tasks and being helpful in general, Wei Shen can earn some respect. However, while this may make traversing the cityscape a bit more enjoyable if you’re more virtuous, I’m not sure how much of an impact Face actually has on the campaign. I didn’t really have time to test this (that would require multiple play-throughs) so I won’t mark this down as a negative thing, as Face could be more important than I know. I suppose it’s possible.

Anyway, about the city itself: It’s lively, colorful, and believable. No, the textures won’t impress, but the overall presentation is stylish and very immersive. The authenticity and naturalness of the people even reminded me of Assassin’s Creed , although this game here doesn’t feature quite that level of ridiculous detail, nor is it quite as large in terms of scope. That being said, you will easily get lost in one of the world’s most intriguing and mysterious cities, and that’s never a bad thing. Just try to ignore the totally unrealistic character models when exploring.

For the most part, the control is great. Driving, fighting, shooting; it all works and it all works well (damn, I think that’s something else I said in the DSII review). It’s so hard from a development standpoint to get all these mechanics working so soundly and thus, hats off to United Front Games for pulling it off. Further, none of it even begins to feel repetitive, as the mixing up of various elements works like a charm and the intensity is always through the roof. Nothing you do is lacking in bad-assery, whether you’re performing an insane mid-chase, mid-air hijacking or putting some poor punk’s head into a wall, the fun factor remains super high.

And yeah, there’s even an RPG element here as well. Wei has a few skill trees, which are admittedly limited, but they add some depth. You can improve the main man’s fighting prowess or his ability shooting or driving, and you will progress thanks to accumulated experience. What is it with all this genre-blending?! …wait, am I complaining? I really shouldn’t be. Things come together so well here, just as they did with DSII, that it’s almost impossible to whine about things like “genre purity.” Not when the blends are this exciting .

Sleeping Dogs is another winner for August. I admit that I remain on the fence about the story, those textures really are sub-par, and the camera has proven too irritating too many times. Therefore, I can’t quite say it’s an elite 9+ title. But I can say, beyond any shadow of a doubt, that I’m having such a blast . The epic brutality and intensity of the action, the rock solid control, the extremely well-balanced pacing, the singular, totally engrossing style and atmosphere, and the overall variety and diversity create a damn good game. It has its problems but I seriously doubt most action fans will be disappointed. I can almost guarantee enjoyment.

The Bad: Blurry, lacking textures. Camera is frequently problematic. Story is a little predictable and underwhelming.

The Ugly: “Okay, can I see what’s happening now?!”

Some time down the road I reckon.

i played it for about 30 minutes.. its fun but i need to platinum nier and rainbow moon before I get hooked on another game so sleeping dogs is napping for awhile lol

glad it turned out alright. definitely be giving it a look later on down the line.

Good Review.. I haven't tried it out yet but I know Ill love it. Im glad SE grabbed it from Activ axe.

I definitely agree with the review. The game is really fun to play, but the camera drives me nuts. Especially when driving, which I also found to be a pain.

so, so, SOOOOOOOOOOOOOOOOOOo happy to see this actually turned out!
especially after antivision canned it, guess it just goes to show they could not see a goldmine if it slammed them in the face!
nice to see the PC edition getting some extra attention too, just downloading the HD texture pack than im booting it up.
playing this though just makes me want another john woo inspired game!
oh how i wish we would get another stranglehold game!
exactly what max payne 3 should of been!

I broke down and bought SD and think it's amazing! The combat is really addicting.

Loving the voice acting and Hong Kong itself.

The combat is a lot like Batman AA and Amazing Spider-Man. It also reminds me of Stranglehold which I loved. There is just a lot of cool things you can do with the environment. Stranglehold was all about cool environment things you could do while shooting. SD is all about brutal cool things you can do with enemies you grab. Once you grab them objects highlight in red and you just have to get your enemy over to them and press O.

Glad I bought it and hope it becomes a franchise.

This game is my current obsession having beaten Skyrim, the Mass Effect series, and a few other games. After being disappointed with GTAIV, I must admit I am quite refreshed with the new take on the True Crime games. Excellent review, Ben.

That hardly made you a prophet, I'd say. 🙂

It was first day buy for me and I am just loving it. I can't believe people are still on fence about this game. Get it! it's fun and I can't get enough. I hope more dlcs coming.

anyone know how long this game goes for? i need something to occupy me for a bit

i played though it a few weeks ago. story was about 15 hours. but see and do everything could go 30+ hours.