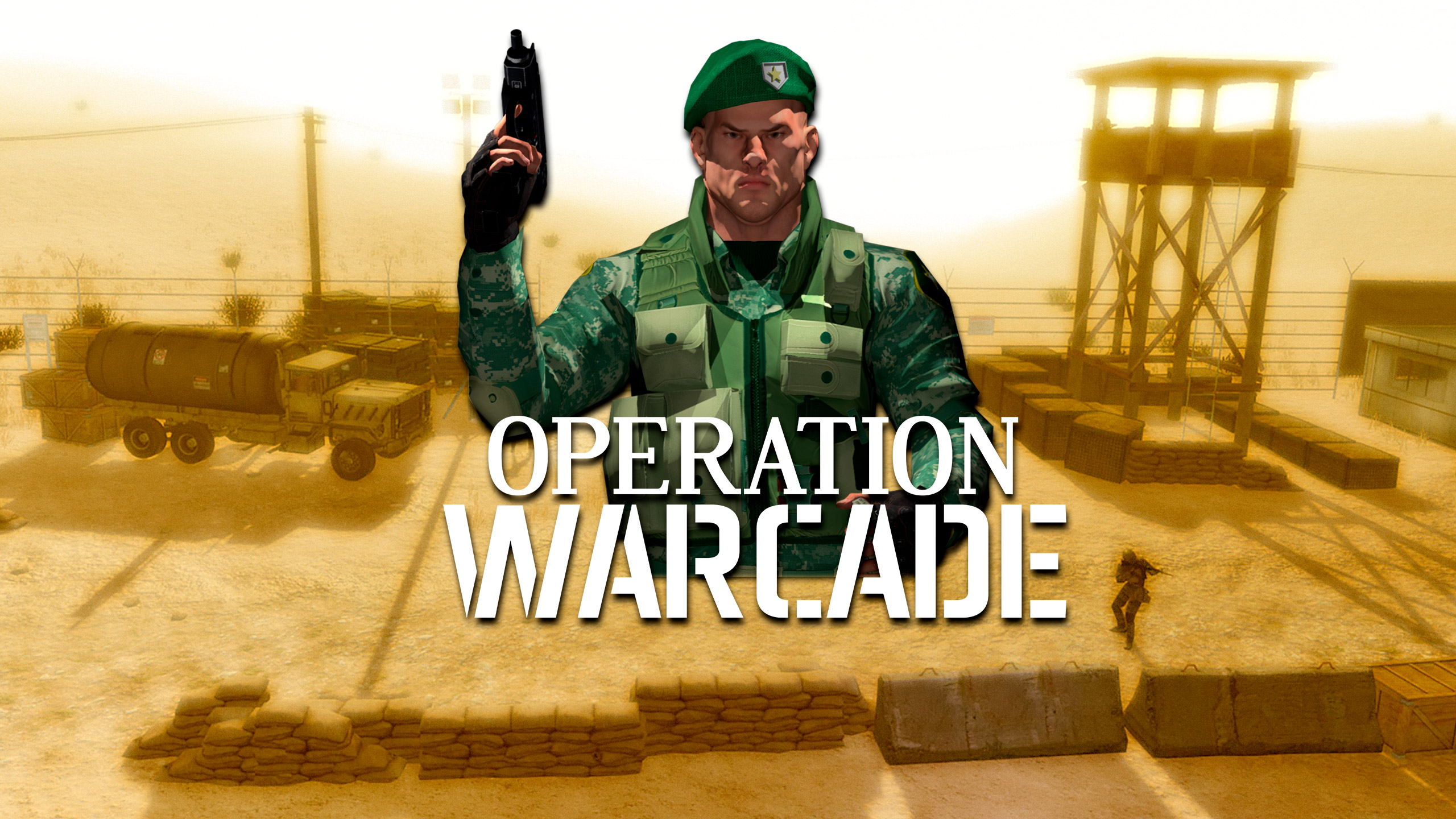 Arcades were a big thing back in the day. They were full of flashy arcade game cabinets that were made to eat as many quarters as you could give them (trust me, you never had enough). In particular, some games included plastic guns that you aimed at the screen and shot at enemies. Developer Ivanovich Games brings the feel of those arcade games to PSVR with Operation Warcade.

Starting September 4th, you can pick up a physical copy and experience the feeling of those shooting arcade games in PSVR. Arcade cabinet and all. You’ll be dual wielding two different weapons at once shooting enemies and blowing up the all sorts of things. There are several different types of weapons as well, including bows, uzis, grenades, and a gravity gun.

Some features of the game include:

· Immersion Mode – After shooting various immersion points through each map, players are warped into the environment, putting the player directly behind the steering wheel of a jeep, in the cockpit of a military jet and other intense situations;

· Retro VR Feel – With over 10 hours of gameplay, Operation Warcade brings the rush of nostalgic arcade-style play to gamers in an all-new experience built from the ground up specifically for VR platforms;

· Hardcore Mode – Once players have mastered the art of taking dudes out repeatedly, they can go gung-ho in hardcore mode, where each environment is condensed into a single level with a limited number of retries;

· Online Leaderboards – Players can compare their kills to others through an online leaderboard to see who’s the biggest bad ass of them all.

Operation Warcade will be $29.99 and is compatible with the Move Controllers as well as the PSVR Aim Controller.

Will you be picking this up? Or have you already played the digital version?