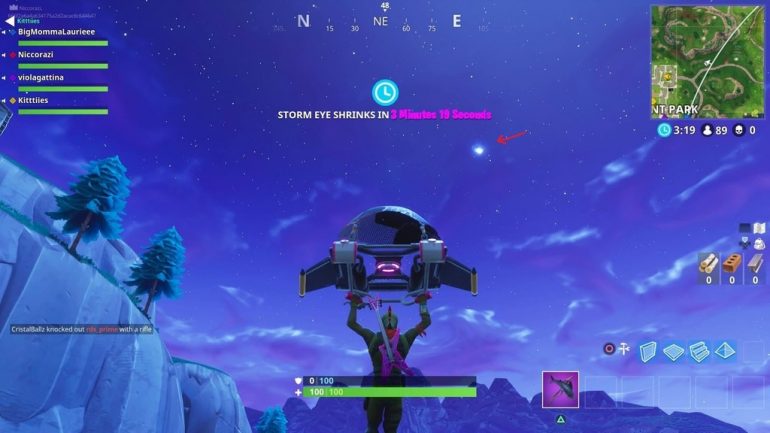 There is a little (or maybe huge) mystery plaguing players of Fortnite right now. If you look up you can see what appears to be a meteor in the sky. No one knows what it is or its purpose but there are plenty of theories floating around. This also coincides with a new upcoming season and the appearance of non usable telescopes on the map.

But what is it exactly? No one really knows yet but there are plenty of theories. User IronRedtangle did some digging in the game files and found some files that contain the comet itself so it’s definitely a thing.

Most people agree that it is a meteor and that it looks like it’s heading straight for the Fortnite map. But what is actually going to happen if (or when) it hits is still up in the air (no pun intended).

The biggest theory suggests that the meteor is heading straight for Tilted Towers. This area has become a popular place to land in the game which means it’s also very dangerous. Developers, on the other hand, aren’t as sure about it. Could the comet be coming to change that area of the map to something else? Tactical_Peperoni seems to think so.

Other theories suggest that aliens may come into play in Fortnite. Maybe they will pass on alien technology to use in the game or, even crazier, the meteor itself could become a new map altogether.

Whatever the reason for the mysterious object in the sky, it seems something is definitely in the works for Fortnite. We’ll have to see what happens. Also, keep in mind that April Fool’s is right around the corner. It very well might turn out to be a big joke.

What do you think is going on here? Do you have any theories that you have or have heard?