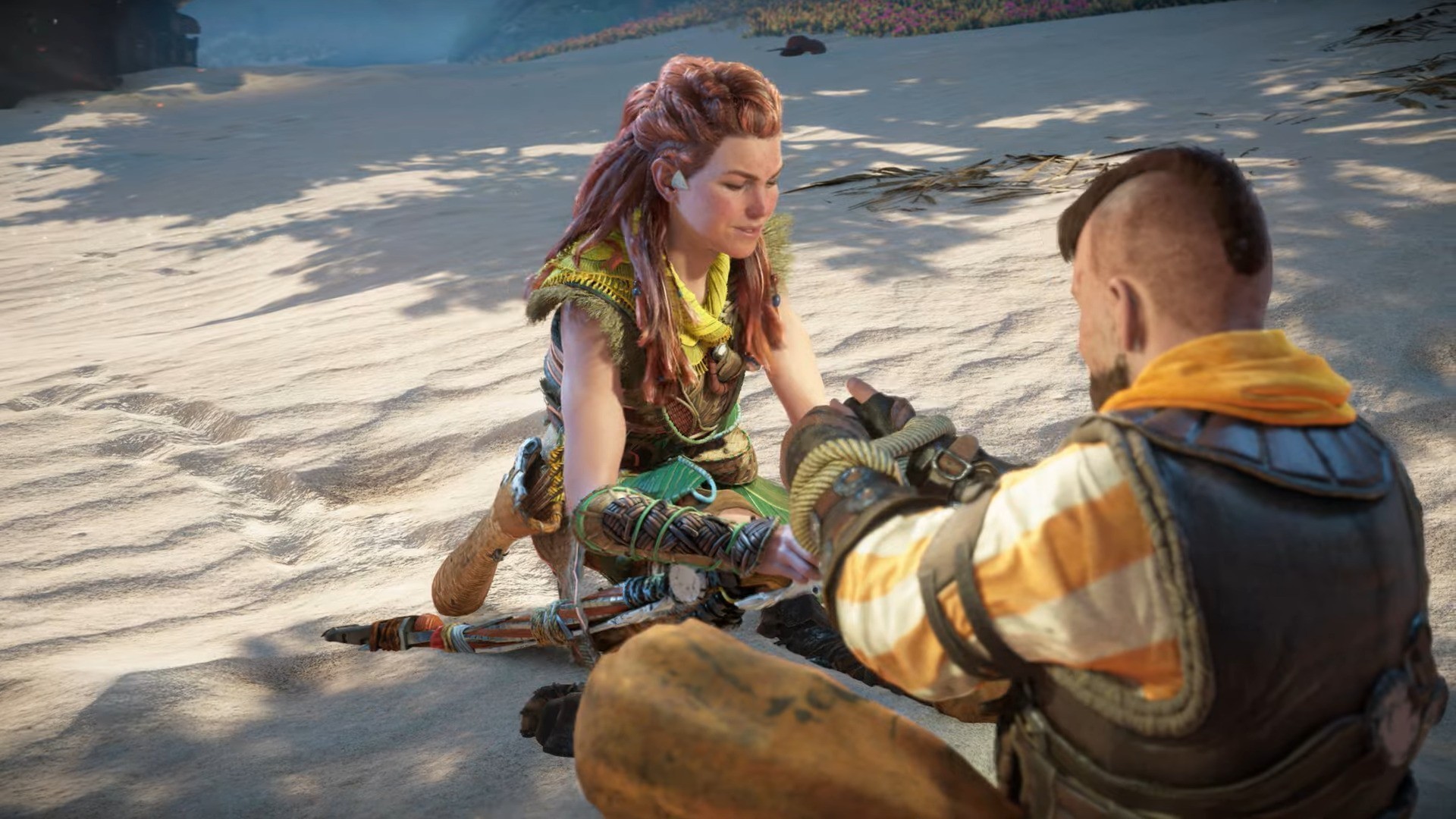 Sony showcased 14 minutes of Horizon Forbidden West in a special edition of State of Play. The video which you can check out below was a mix of cinematic cutscenes and gameplay running on a PS5. The footage is absolutely stunning and takes place in post-apocalyptic San Francisco. The underwater scenes are especially dynamic and something you usually see in games developed in the later stages of a console generation.

Once again we see protagonist Aloy take on machines and human foes with a combat style that looks to remain faithful to the first game with some new gadgets and abilities. She now wields a Pullcaster that allows her to quickly climb obstacles and escape dangerous situations.  Horizon Forbidden West also gives players the ability to explore underwater with the Diving Mask. Aloy’s Focus has also been upgraded and will help her discover free-climbing areas and improves her ability to override more machines.

Horizon Forbidden West includes several weapons allowing players the choice of which play-style works best for them. Aloy’s bow will once again feature a variety of ammo types. Part of the fun of Horizon Forbidden West will be to figure out which ammo works best against the game’s numerous foes. For close-quarter combat, Aloy’s spear is getting a new set of combos. Of course, this new arsenal wouldn’t be complete without new machines and tribes to take down.

Some of the new machines we see in the gameplay footage: Sunwings, Clawstriders, Tremortusks, and underwater Burrowers. No doubt that’s just a small taste of the machines that will be featured in the final game.

Guerrilla and Sony have just begun showing off the massive open world of Horizon Forbidden West with much more to come in the near future. They are reportedly still on track for a 2021 release, although an exact date has not been announced. It will be available on PS5 and PS4.

What did you think of the Horizon Forbidden West showcase, let us know in the comments below!