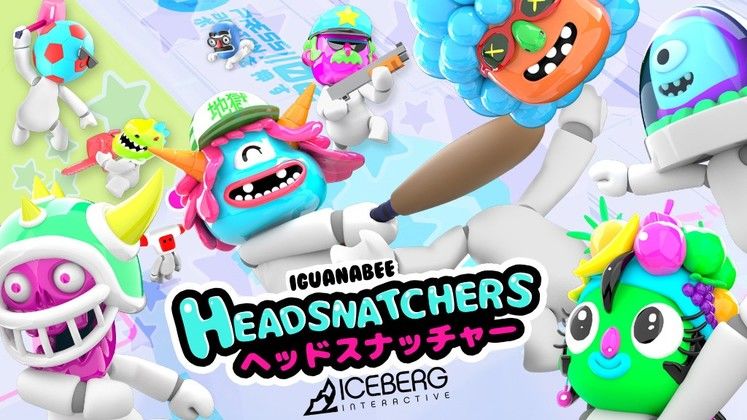 Get ready for what potentially might be the new party game to lose your friends over. Iguanabee and Iceberg Interactive announced earlier today that Headsnatchers is coming in Q2 of this year. It has an interesting premise and looks like it could be fun with a group of friends.

You pick from a large selection of heads for your character and jump into one of four different game modes. The general goal of the game is to remove your opponents head and make a score with them. All while trying to keep your own. If you lose your head (heh heh) you can try to get it back before they make a score. It’s the kind of twitchy, reflexive gameplay that could be a lot of fun.

I like the fact that they thought about us lowly single players with a Zombie mode. Although it remains to be seen if that holds up. At least you can design your own heads. There is no exact release date yet but it’s set for Q2 so that’s not too far away. Look out for more info soon.

What do you think of this game? Are you ready to steal someone’s head?