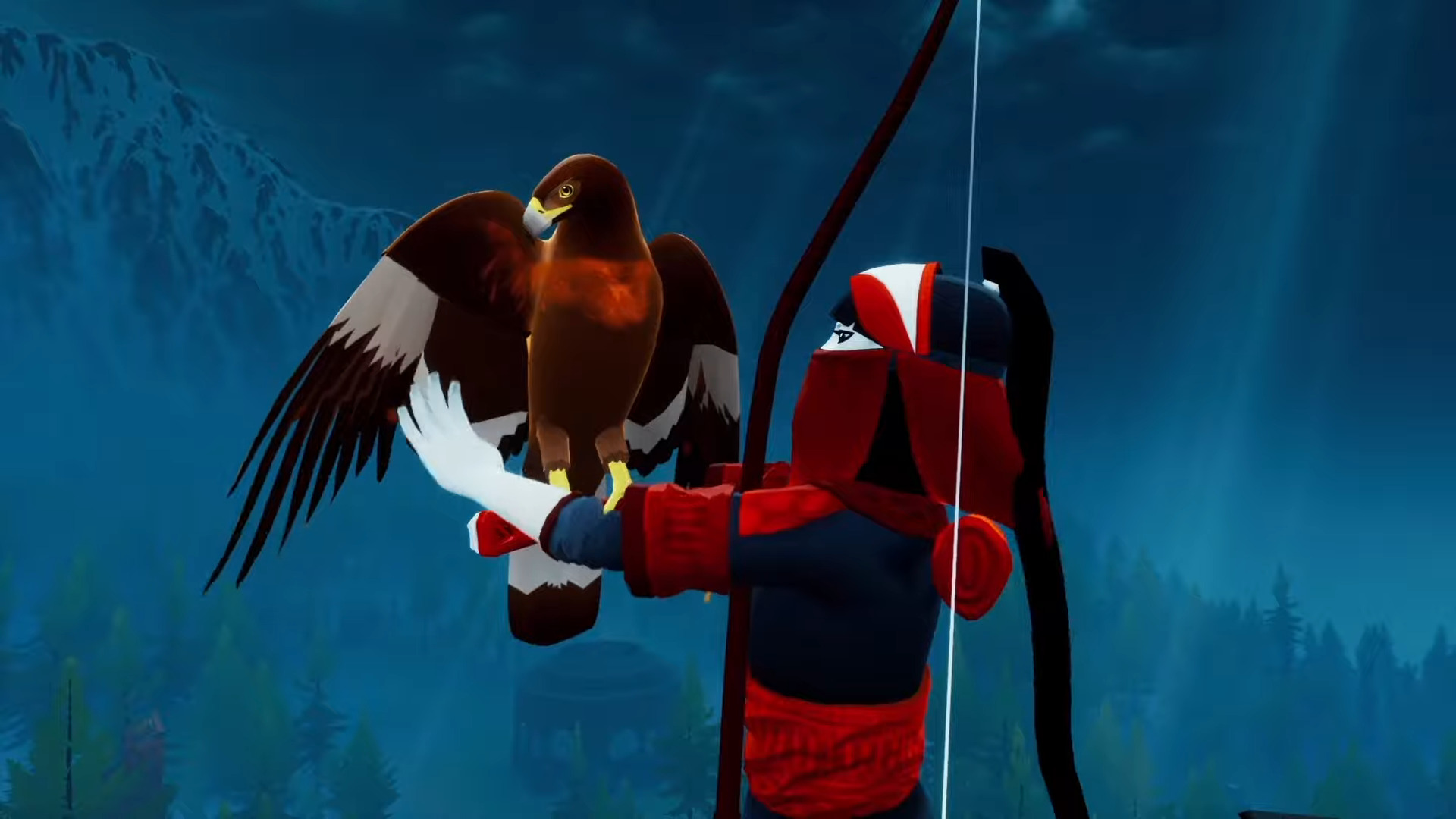 The next venture for Giant Squid got a bit more across to its fans during the recent State of Play. Labeled The Pathless, you play as The Hunter as you traverse a heavily forested land to bring light to each of the obelisks. Much of the game relies on you firing your arrows at talismans to gain speed and move across the forest plains faster.

This game’s open-world layout is not a common method as you don’t simply play the game with a map by your side. In The Pathless, you utilize your mask to see the spirit world and as such, the surrounding area and debate where to go first. You can even – kind of – fly with the help of your feathery friend.

You are – of course – not the only creatures around. You’re tasked with eliminating the giant cursed spirits that plague the land. To do so, though, isn’t as simple as running up to them and firing a couple of arrows at its face. They’re impervious to your advances until you bring light back to their obelisks. After that, a huge battle ensues against the spirit that inhabits that domain.

The Pathless launches this holiday season for the PS5, PS4, and PC.

What do you think? Are you going to pick up The Pathless when it launches this holiday season? Tell us below!