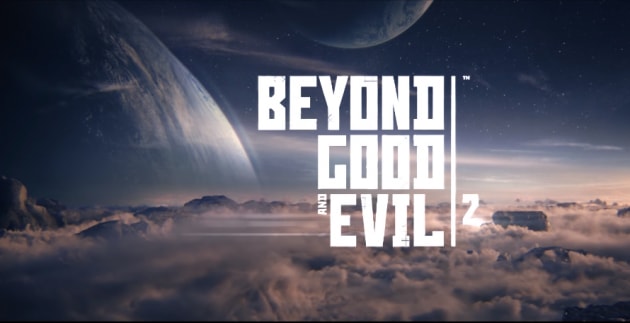 If you missed it, Ubisoft had one of the more memorable announcements at their E3 conference with announcement (re-announcement?) of Beyond Good and Evil 2. The first game came out back in 2003 and quickly became a cult classic. Fans have had teases off and on over the years and have been clamoring for a sequel. Myself included. It’s finally happening and we got a little taste of what’s to come.

Later on at E3, series Director Michel Ancel sat down with Gamespot to show off some of the in game assets. While this is in game footage, it isn’t really gameplay persay. Ansel was just showing some of the aspects with the character and the ships.

He also talks about the scale of the game which is quite huge. There is even what seems like a bit of a jab at No Man’s Sky when he talks about there being life on other planets. Yup, we’ll be able to go to other planets as well. Check it out if you have a few extra minutes.

We still don’t know a whole about this game. It is a prequel and is set before the first game although there isn’t a time frame. It does take place in the same universe though and, as mentioned in the video, photography is part of the game. Just like the first one.

After the E3 video I was a little apprehensive because of the openness and different characters and time of it but it looks like it’s going to have the same interesting universe and have some of the charm of the first game. Plus we’ll be able to learn more about the expanded universe. Both figuratively and literally. The more I learn the more excited I’m becoming.

What do you think of Beyond Good and Evil 2? Does it look promising? Did you play the first one?