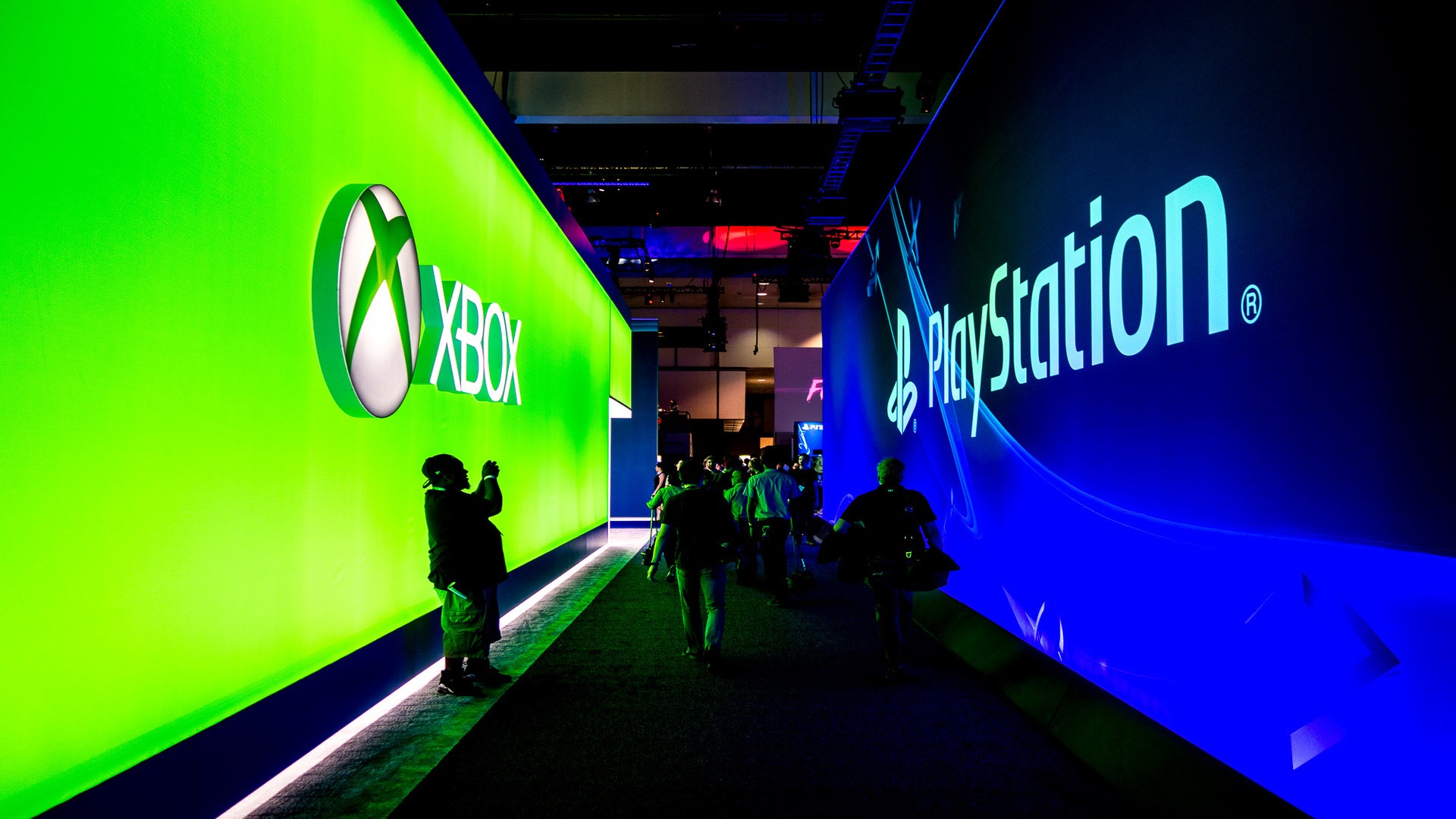 Even now, nearly two years into the PS5 and Xbox Series X lifespans, obtaining a new console isn’t easy. Finding an exclusive game to play might be the next major hurdle if you can locate a system. Exclusive titles mostly defined the last two console generations, but defining what constitutes an “exclusive” can be tricky. Moreover, when it comes to online gaming, we always look for a reliable source so as to get the most out of it, right? For instance, if you use this MI Lottery Promo Code, you will get the instant output. That’s why trustworthiness is the key here.

So, which console has the better exclusives?

Whether you’re looking for the latest Uncharted, or you’re hoping for a great time in Gran Turismo, Sony’s got pretty much every major genre covered at this point.

Sure, some games such as MLB The Show are no longer PlayStation exclusives, and many of Sony’s previously exclusive properties are making their way over to the PC, such as Spider-Man 2018, God of War, Day’s Gone, and Horizon: Zero Dawn, that isn’t to say that the PS5 lacks a quality exclusive property.

The PS5 is still, arguably, one of if not the best home consoles for exclusive games and unique experiences, thanks to Sony owning some of the best video game development studios the game industry has to offer. The majority of all of PlayStation’s top exclusives are also very well rated over on Metacritic.

If you’re wondering how different they’ll be, you’ve come to the right place. Here’s everything you need to know about the PS5 vs. Xbox exclusives so far.

First, we’ll choose the word “exclusive” a bit looser than we might have in the PS3/Xbox 360 era. If “exclusive” is defined as “only accessible on one platform,” then the PS5 is home to all five of the original console generation’s unique games. That wouldn’t be a very insightful or fascinating comparison.

A “PS5 exclusive” is described as “any new game from a major company that has released since the PS5 debut, which is not accessible on Xbox, and which features a PS5-optimized edition.” According to this classification, Ghost of Tsushima: Director’s Cut is not a PS5 exclusive; however, Spider-Man: Miles Morales is.

The ratings range from 8 to 9, which we deem to be “excellent,” on our review system. The overall average on Metacritic is 80 out of 100, which is regarded as having “generally good ratings.” The evaluation scores are not the be-all, so consider them for what they’re useful. But having a numerical scale as a starting point is a smart idea.

If there’s one thing Sony has always excelled at, it’s creating outstanding exclusive games for its platforms. The PlayStation 5 is now that system. More gorgeous worlds are being built than ever before thanks to SSDs’ lightning-fast speeds and enormous power to bring 4K HDR graphics right to your eyes. These take the form of new installments in ongoing series, remastered versions of beloved titles, and brand-new PS5-only games created specifically for the system. It’s difficult to argue with the PS5’s performance so far in terms of general performance. Sackboy: A Big Adventure probably hasn’t been a kid’s game in a long time, and Destruction AllStars was pointless.

With anything from first-person shooters to combat vehicle simulators, there is a fantastic value of variety available. Five games that follow similar formulae make up the third-person action/adventure genre, which varies a lot. However, this isn’t even close to becoming a majority. Even while there aren’t many of these “PS5 go bankrupt” titles, basically, Sony has had a strong performance up to this point.

On our rating scale, their average rating ranges from 8 to 9, which we regard to be “excellent.” Their overall score on Metacritic is 88 out of 100, which is regarded as having “relatively favorable ratings.”

When looking for Xbox exclusives, we were astonished by how few there were—at least from the major companies. It appears challenging to draw conclusions regarding Xbox Series X exclusives generally from such a limited sample size. We can at least agree that Halo Infinite, Microsoft Flight Simulator, and Forza Horizon 5 are all very fantastic games. There is also a ton of variety available here, including a first-person shooter, a flight sim, and an open-world racing game.

The Xbox Exclusive Enhanced Program makes things more difficult. This application greatly enhances Xbox’s support for backward-compatible games. Because there are PS4 versions of some games but not PS5 ones, such as Mass Effect: Legendary Edition, the Xbox version also seems more attractive.

In a similar spirit, it’s critical to keep in mind that many PS5 exclusives are actually PS5 exclusives. Less than half of the titles on the list can be played on a PS4 console, and Sony intends to continue supporting PS4 until at least 2024. Another thing to bear in mind is that, unlike Sony in this age, Microsoft doesn’t actively promote exclusivity to the same extent.

Microsoft concentrated on developing a robust environment that works well with PCs, Xbox One, Xbox Series X/S, Android, iOS, and non-gaming PCs. The Xbox Game Pass connects all of these various platforms. However, it’s fair to argue that, for the time being at least, exclusive titles are a more significant component of Sony’s strategy than they are of Microsoft’s.

Although, things could change over time since Microsoft has a number of exclusives scheduled over the coming years, notably Hellblade 2: Senua’s Saga, State of Decay 3, Fable 4, Starfield, The Outer Worlds 2, and Avowed. plus more. On the other hand, Ps5 will feature a number of titles, including Final Fantasy XVI, Spider-Man 2, and God of War: Ragnarök.

Both Xbox Series X and PS5 offer top-notch exclusive games. There is no doubting, however, that the PS5 exclusive has a sizable number of them—roughly four times as many, using our conceptions. However, it’s important to keep in mind that this seems to be consistent with Microsoft’s “play everything, anywhere” policy.

The PlayStation 5 can feature a far broader number of exclusives when contrasted to the Xbox Series X. The system has exclusive games like Gran Turismo 7 and Horizon Forbidden West that target a wide range of people. Its famous predecessor, Spider-Man, is similarly only accessible on console on the Sony system. Spider-Man: Miles Morales was a launch title for the console.

These are just a few of the highly regarded titles that are exclusive to the PS5 and span a wide range of genres. Players can also enjoy games like the multicolored platformer Sackboy: A Big Adventure, the third-person shooter Ratchet & Clank: Rift Apart, and the rogue-like Returnal. Additionally, Stray and other highly regarded independent games like Kena: Bridge of Spirits are inaccessible to Xbox Series X owners.

In addition to the Xbox Series X, Sony will also release the PlayStation 5 a few days later, launching in a new generation of gaming consoles. Although it has a new mini-tower design, Xbox gamers will be most familiar with the controller. The user interface will resemble that of the Xbox One, but there are some additional capabilities, such as “Quick Resume,” that allow users to switch between compatible games quickly.

The Xbox Series S will debut on the same day as the Xbox Series X, which will serve as the console’s entry-level model. Although the two new Xbox systems perform relatively similarly to the new PS5, they both have more advanced technical specifications than previous models.

The game premium service for the PlayStation 5 includes numerous tiers, each of which has a distinct game library capacity. The most expensive tier offers a variety of games going all the way back to the PS1, and it has hundreds more games available to stream and install than Xbox Game Pass.

As a result, the PS5 is your best option if you’d like to play games that you can’t attempt anywhere else. The Xbox exclusive can be a better option if you want the greatest system for the multi-platform editions.

Of course, if you want the combination of both worlds, you can always indulge in one of the greatest gaming PCs, but that will cost you a lot more money.

The PS5 exclusive is a superior choice for gamers who appreciate access to the console’s titles across all generations, who will take use of PS Plus’s benefits, and who have a stronger preference for VR games and series like Ratchet & Clank and God of War. Xbox Game Pass, on the other hand, is a better option for gamers who value having access to new titles as soon as they are available and who want to utilize their Xbox exclusive for games like Microsoft Flight Simulator, upcoming Bethesda releases, and independent developers. Despite how corny it may sound, the choice of which console has the best library ultimately rests with the gamers.