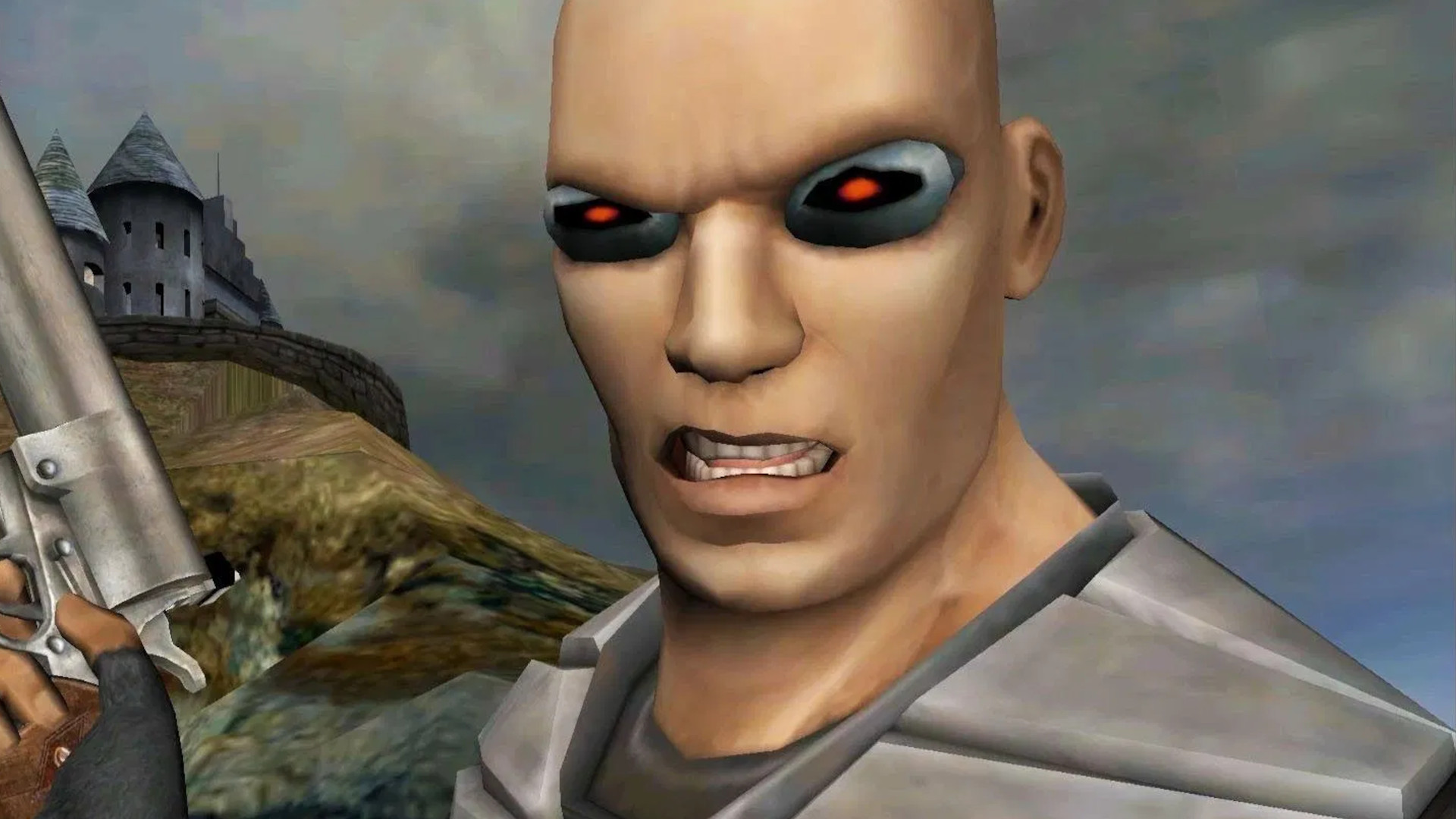 As we near the end of the 8th console generation and head into the 9th, I can’t help but wonder about all the great games we will get with the technical advancements of the PlayStation 5 and the next Xbox.

However, as technology changes, so do the people who use it. With consoles gearing up to become more powerful than ever, people’s mentality seems to shift in a way that games need to be more draining on the systems they play them on. Fewer and fewer people these days seem to care about crafting something genuinely unique in favor of big-budget games that require large amounts of processing power to play.

Nowadays, it seems as though to get something that stands out from the norm, you have to scour an indie market that is over saturated with garbage. With this past generation, we did get a few games that tried to differentiate themselves from the norm but fewer and fewer publishers and developers are willing to take risks, fearing that their product won’t be able to innovate and stand out.

That is why, for this list, I will be focusing on certain types of games that we likely will never see again.

Bioshock, Singularity, Half-Life, Time Splitters, Prey, Resistance, Metroid Prime, Killzone, the list goes on. Or at least it did for a while.

With the popularity of games like Fortnight, Overwatch, and every other Battle Royale/First-person shooter that wants to be like Fortnight and Overwatch, it’s understandable that most devs don’t want to take the time to craft unique and fun worlds in their FPS games when the only thing that popular streamers tend to play are online games. Most companies nowadays tend to view the singleplayer campaign mode in a shooter as a tacked-on necessity, something that they need to have to show off and market the game.

When Call Of Duty Modern Warfare 2’s Campaign was remastered, it was barely a blip on people’s radar, hell it was barely even marketed because hardly anybody seemed to really care about the campaign. While there is confirmation of a Bioshock reboot currently in the works, and rumors of a new Metroid prime game have been spreading for years now, I miss the days when companies actually cared about giving us fun set pieces and obstacles to overcome and exciting environments to traverse.

Nowadays, if there is a Singleplayer campaign, more often than not it’s a poorly thought out, crudely designed mishmash of ideas that are only there to teach you the core mechanics of the game.

Another thing that is missing in FPS games is the Sci-Fi genre. It seems that unless it’s a Battle Royale, every new FPS game has to be a military shooter. When did it stop being okay for FPS games to be cookey fun?

I hope that if/when this Battle Royale phase dies down, then we can finally go back to getting proper shooter games.

#2. Mid-tier/Indie games with a decent budget

If you don’t know what a mid-tier game is, then that’s probably because you didn’t grow up in a time when games with a moderate budget were the norm, not the exception. It seems as if over the past decade fewer people seem to want a game with a decent length where the replay value comes from the different ways of completing the game multiple times.

I’d prefer a six to eight-hour game any day of the week, like Raven Software’s Singularity where I can have fun with it in short bursts over a fifty plus hour open-world game that bombards you with so much stuff that it loses focus. Publishers these days seem to think that games need to have these ridiculously big budgets to be good.

There are so many games that I have played that are simple and don’t require developers to spend months slaving away programming insane amounts of features. For example, one of my favorite PS2 games is Rockstar’s The Warriors. That game didn’t have insane amounts of technical prowess or large volumes of things to do, but it was a fun beat-em-up.

I can imagine if that game were made today, it would be an overly complicated open-world 3rd person action game similar to Grand Theft Auto. This leads me to the next type of game that we likely won’t see more of:

I don’t think anybody asked for a sequel to The Last Of Us to be 30 hours long. The first game was roughly 12 to 15 hours, and it was amazing. The sequel could have been better if it were shorter and more focused.

Growing up with arcade games, I remember how much fun I had playing all sorts of short games with my friends. The Simpson’s Arcade game, Teenage Mutant Ninja Turtles: Turtles in time, a plethora of Light Gun games, the list goes on and on. On top of that, there were, up until a while ago, a good chunk of indie games and even games published by big studios that were short but fun.

Journey is a two hour game about getting to the top of a mountain. Beyond Eyes is a beautiful two hour game about a blind girl. Hellblade: Senua’s Sacrifice is an eight hour game with repetitive but fun combat and a lot of interesting environments. The Warriors was only eight to ten hours long, yet offered plenty to do via replay value.

Though as time goes on, it seems as though these types of games may go extinct. Just like the mid-tier game, people don’t want to sit down and enjoy games that are short yet very profound.

It’s ironic; that even if people say they don’t want to play shorter games on consoles, there are so many people who will play garbage smartphone games that exist solely to milk people at every turn with micro-transactions just because they are short and they need a quick fix. Yet when a genuinely good game like Beyond Eyes comes out, people seemed to hate on it just because it was short and didn’t have many features.

The point of the game Beyond Eyes is to try to imagine what a scared 10-year-old girl would feel like if she had just lost her eyesight. It accomplished everything it tried to do and then some, yet just because it didn’t have much content, critical reception seemed to be extremely mixed.

When Namco released Fragile Dreams: Farewell Ruins Of The Moon back in 2010, it got a lukewarm reception from critics.  Fragile Dreams focused more on resource collecting and atmospheric engagement than combat, and the combat that was there focused more on precision strikes than rapidly mashing one button, or swinging the Wiimote.

It wasn’t a very long game either, clocking in at just over 12 to 14 hours. However, it didn’t need to be longer; it told the story that it wanted to tell and got its point across beautifully. Pretty much every review for this game complained that it didn’t give you enough stuff to do, or that the combat wasn’t that fun. The combat may have been mundane, but it wasn’t by any stretch of the imagination ‘bad’. It was, in my opinion, an acquired taste and while it may have been repetitive, the game knew this. Which is why it was short; it didn’t overstay its welcome.

When this game flopped here in the States,  it set a precedent that western audiences don’t like to try new things in my opinion. This was back in 2010. While some obscure games that come out of Japan may have found their niche, I highly doubt that we will ever get an action RPG from Japan that tries new things that will catch on with western audiences.

I remember back in 2001 when I had my Game Boy Advance; there was a game made by Konami titled Boktai: The Sun Is in Your Hand. An exciting feature about this game was that to charge up your character’s attack you had to hold the game to the sun for power. There were many games like this back in the 2000’s and even the early 2010’s.

Zelda Phantom hourglass on Nintendo DS had a puzzle that required you to close the DS screen to complete it, as well as yelling into the microphone to complete a task. The 3DS had many games that took advantage of the 3D aspect of the console and made it more than just a gimmick.

Many other systems had games that took advantage of their hardware, however now that pretty much every console is just a watered-down computer and they all do the same thing. It is unlikely that we will ever see games with unique hardware features ever again.

#6. Games that feel rewarding for playing them

I can’t believe I have to write this, but in 2020 fewer games feel rewarding the more I play them.  When games implement micro-transactions at every turn to create insane amounts of grind for the sole purpose of making you impatient, then that is a game I don’t want to play. It seems that these types of games are more and more frequent as we move forward.

Is it too much to ask for a game that rewards you with stuff at a decent rate for playing it?

Well, That’s all I can think of right now. I sincerely hope that we get at least a couple more games that I mentioned before everything becomes the same.

What types of games would you like to see more of that we seem to lack?