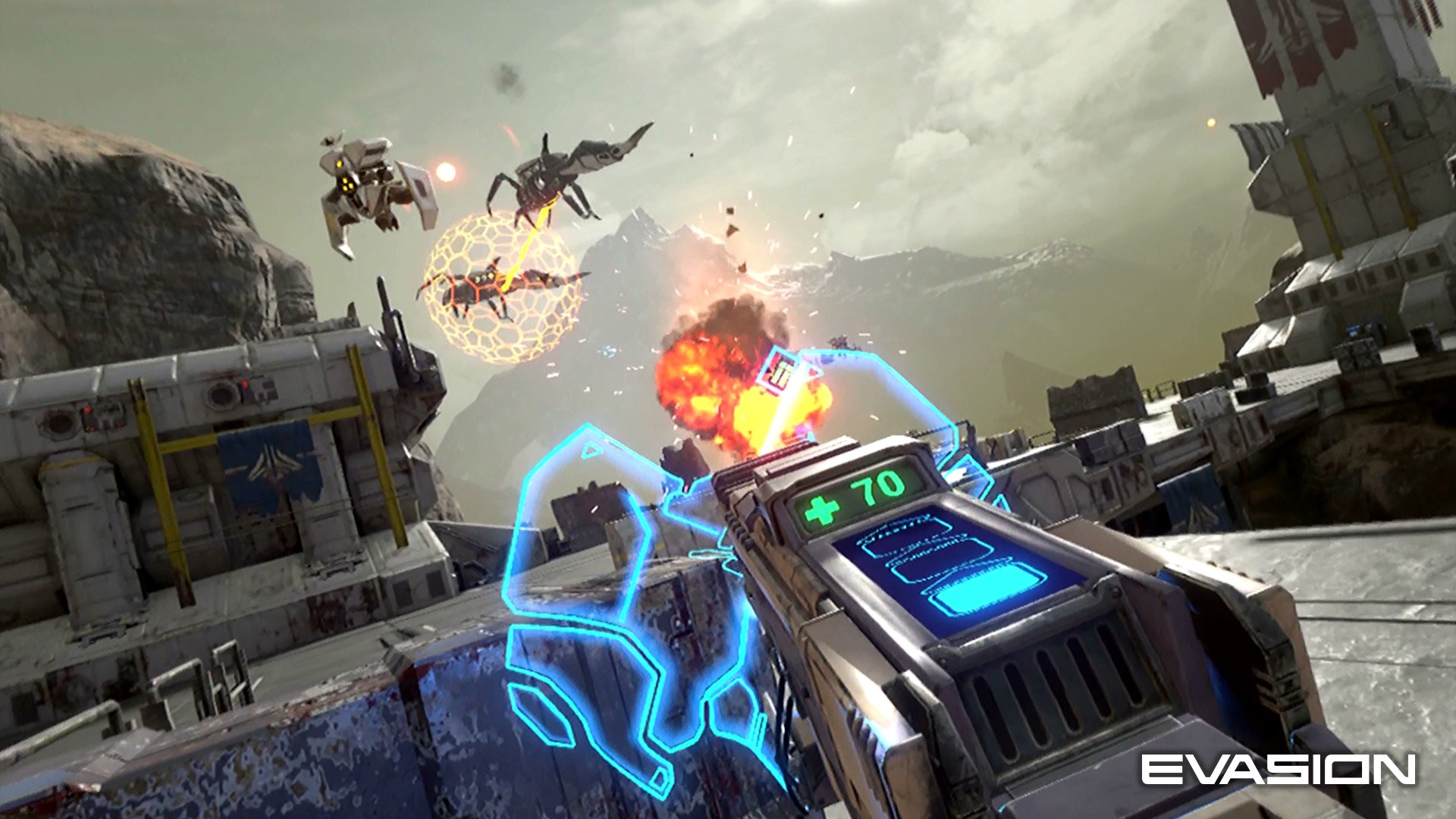 “Experience the future of VR combat. Play solo or team up to save an embattled human colony from swarms of invading Optera.”

That is a part of the description of the upcoming VR title Evasion which will be coming to the PSVR. The developers had one thing in mind when creating the title and that was to make it as fast and frantic as they could, taking inspiration from games like Borderlands and DOOM. The game also has custom support for the Aim Controller.

Play as four classes, the Warden, Engineer, Striker, and Surgeon. All of them hold special abilities that can help you and your team turn the tides of battle in your favor.

No release date has been announced as of right now, though we know it is likely Fall of this year.