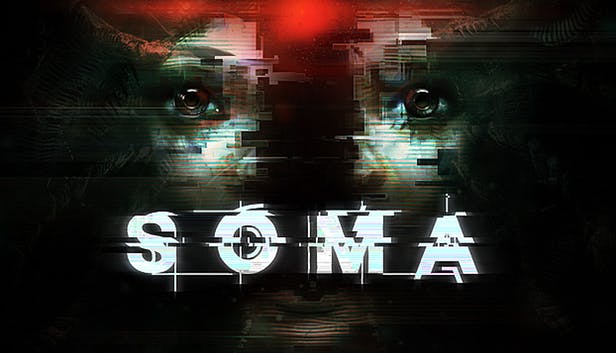 It’s that spooky time of the year again. October is a great time of the year to enjoy all kinds of scary activities. More specifically, it’s a good time to pop in a horror game. There are many different horror games to pick from too. The Resident Evil series offers some good ‘ol zombie and monster action while indie games have been creating a new space for horror such as Amnesia or Observer. And let’s not forget the psychological horror either, such as the Silent Hill series. There’s a little something for everyone. Which brings me to the point of this article.

I decided to do something a little different this year and focus on one particular game that hasn’t received the attention I think it deserves. Originally released in 2015 and then brought to Xbox in 2017, Soma managed to stand out from the crowd with a scary setting and a story that sticks with you long after the game is over. Developer Frictional Games is mostly known for the Amnesia series but they definitely stretched their horror game developing muscles with Soma. Here is why you should try out Soma for your Halloween game.

Note: There are some pretty big spoilers for Soma’s story below, so beware.

More specifically, the dark vastness of the ocean on our planet. This almost completely unexplored part of our world has inspired countless tales from the deep and Soma rides on that fear quite well. The game throws you into the middle of the ocean almost immediately. Which is scary enough. But it really kicks it up a notch when you have to go into the abyss. The elevator ride into the depths of the ocean is a chilling moment in the game even without considering all the wackiness of a runaway A.I. Then, later you have to walk in the water of said abyss in an underwater storm while dodging mutated fish and a giant creature that you’ll probably hear before you see. Oh ya, let’s not forget the underwater spiders and an angler fish with a uncomfortably human looking face swimming out of the fog. Shivers.

The End of the World

There are no shortages of apocalyptic stories and while Soma does deal with the end of the world as we know it, it places you in the literal last remaining shred of humanity. Which is quickly dwindling away. In fact, the bleakness doesn’t stop there. You’ll soon find out that there really aren’t any humans left. At least, not as you would expect. But hope is not all lost. At least not quite. There is a chance for survival of the human race but you’re probably not going to like it. Which brings me to my next point.

One of the big story points in Soma is that, in the not-so-distant-future, society has learned the ability to put a person’s consciousness into a computer. Everything that makes you who you are can be preserved and revitalized at a later time. Either in a computer or a robot. Even the main character has been transferred from the past, your brain digitalized and saved for many years, surviving the apocalypse. All this is told through some effective environmental story telling. There are a couple times when the realization hit me, the robot I was just talking to was a human at some point at time. I was taken aback. Also, watching the last living human pass away before my very eyes is something I probably won’t forget anytime soon.

Soma makes you question what it is to be human. Everything you think you know about you as a person is called into question several times throughout the game and it’s amazing.

A good horror story, whether a book, movie, or a game, not only scares you but also makes you think. Which in turn can be scary in itself. A good horror story will stick with you long after you’re done consuming it and will make you ponder things about life. There is one particular choice in Soma that, while it doesn’t effect the ending as you might expect it to, still leaves a lasting impression on your psyche. It’s a hard choice to make in a game that has several difficult choices. Before entering the abyss you have to get in a suit that can withstand the depths of the ocean. Lucky for you there’s a body with the suit you need, all ready for you to transfer yourself into. Convenient right?

The problem is that like a computer file, you’re going to copy your consciousness into the new body, leaving behind a copy of yourself in the old one. And then you have to make a decision on what to do with your copy. Do you leave him? Stranded for who knows how long in a underwater base? Or do you take pity on him and end his life?

While you don’t get to see the repercussions of your decision, as you have to leave before he wakes up (or doesn’t), you can’t help but wonder afterward. This particular moment is one that will always stand out for me and cements Soma in that place in my mind that holds games I will always remember.

There are plenty of other great elements in Soma that make it a fantastic game. Mutated creatures and humans give you plenty of obstacles. And really well done voice acting brings it all to life. But these are the parts of the game that make it stand out for me. If you haven’t played this one yet I suggest you do it. Especially if you like spooky games. Happy Halloween!