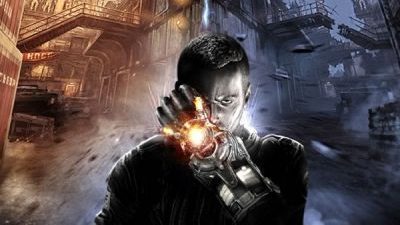 Have you ever played a game and thought to yourself, “wow, this is awesome, there should be more of these”? I have, and let me tell you there are a lot of them that don’t have sequels but should. With the video games market being what it is today, it’s tough to make a game that stands out. That is why I’ve compiled a list of games that never got franchised but by all accounts should have been.

This steampunk RPG went completely under the radar when it first came out back in 2011. With a unique mix of turn-based and real-time combat, Resonance Of Fate was a fun RPG The type of which we rarely see nowadays.

While it did get a 4K remaster in 2018, this gem of a game has never received a proper sequel.

My assumption is because Disney published it, most people just took one look at it and assumed it would be bad. This was the last game developed by Black Rock Studio before they went out of business. Split/Second is a racing game that deserves a second chance.

This game went through development hell for almost a decade before it was finally released as a downloadable title in 2012. The original team behind this game, Darkworks, went out of business in 2011. Ubisoft Shanghai finished it up.

Though it was never going to live up to 10 years of hype, it still offered a unique take on platforming, combat, and resource collecting. Unlike most 3D platformer games where you are a parkour master, here you must be quick on your feet as you have a stamina bar that slowly depletes over time while you are platforming. Once the bar is drained, your character will fall off the platform they are holding onto. Such a novel idea that I have never seen in any other platformer.

Spec Ops-The Line is what you get when you put a dedicated team of writers in one room who are passionate about creating a memorable story. While some criticized it for its somewhat repetitive gameplay, those who stuck till the end will be happy that they did.

A third person military shooter inspired by the novel Heart Of Darkness; Spec Ops-The Line is a game that values its story as much as most shooters value their multiplayer. Although it is technically part of the established Spec Ops franchise, The Line was made by a completely different studio than previous games and might as well be its own franchise.

This balls to the walls action shooter may be stupid, but boy is it ever fun. Criticized for its lack of replay value and a story with no real substance, Vanquish, to me, is a sugar rush. You know it’s bad for you, but if you like to live in the moment, you just can’t help yourself.

While it got a re-release just recently this year, Many still haven’t played it, and it’s a shame.

This Dreamcast steampunk RPG was developed by birthday and released to the utmost obscurity. It has gorgeous hand-drawn environments that complement your 3D character model greatly.

As well as an incredible soundtrack and a great story, Elemental Gimmick Gear, or E.G.G., would be a great game to bring to modern consoles. I would love to play through this game again, and maybe even one day get a sequel/prequel made by the same developer.

One of my favorite Dreamcast fighting games, Tech romancer, offered so much content to unlock that I’m surprised the developers at Capcom managed to cram it all on one disc. I spent hours trying to unlock everything from character bios to concept art, to an OVA opening that was planned for an anime series that never got made. It’s a shame that instead of Tech Romancer, all we got was a lackluster anime based on the other fighting game series by Capcom Power Stone.

While by no means a bad game series Power Stone didn’t have the same impact on me growing up as this game did.  With Capcom remastering their older Resident Evil games lately, I think that Tech Romancer is a game that could benefit from a modern-day HD makeover.

This Wii exclusive RPG got almost no press when it came out in North America. I remember back in 2010 this game came out the same day as God Of War 3. Many criticized it for being a third-person Action RPG that didn’t play like Zelda. However, Fragile Dreams invoked a moody atmosphere of dread and a very robust color pallet.

Skies Of Arcadia is one of my favorite RPGs of all time. We’re talking over 80 hours of combat exploration and fun. While it did get a re-release on Gamecube with extra content, and some characters from this game have made cameo appearances in other Sega games, it has never gotten another true installment.

A fun beat ’em up with a twist on the genre. Asura’s Wrath is an excellent game with fun, interesting characters, and a great soundtrack.

While it received criticism for essentially selling its ‘true’ ending for an additional $7, it was still a game that I have yet to see more of.

The World Ends With You

My favorite game on Nintendo DS, The World Ends With You is an RPG that has stood the test of time even after ten years. With its cast of lovable characters, music, gameplay, and story, it’s no wonder fans have been so gung-ho about a sequel.

While it did receive a remake with Extra content on the Switch in 2018, we have still yet to get a true sequel.

A JRPG with heart and a lot of Charm, Blue Reflection may not be up to par with the Triple-A Persona series developed by Atlus, but it is still worth a look for fans of the genre. A simple story about a girl who wants to be a dancer but can’t because of a leg injury turns into a story about saving the world.

With elements of gameplay from both Persona and the Grandia games, Blue Reflection is a JRPG that deserves more exposure.

Raven Software’s last game before being relegated to working on Call Of Duty; Singularity was criticized at the time for heavily borrowing elements from other sci-fi FPS games such as Bioshock and Half-Life. Singularity is a First Person Shooter with Time manipulation that doesn’t rely on bullet-time like slow motion and uses time travel to enhance the story, not just as a gimmick. This game could have easily been franchised if the higher-ups at Activision would have put their resources into advertising for it properly.

The game was scrapped at one point, and developer RavenSoft was only given ten months to make it again from the ground up. Despite the odds against it, it was still a really fun game. This only goes to show how talented the people at Raven are. It’s such a shame that Activision is using them to do nothing more than work on Call Of Duty now. I hope someday we get either a sequel or the original version that was shown off at E3 2009. It’s just a matter of time.

I’m sure there are hundreds of games that have gone under the radar, but these are just the ones that I’ve played. What games do you love that never got franchised?