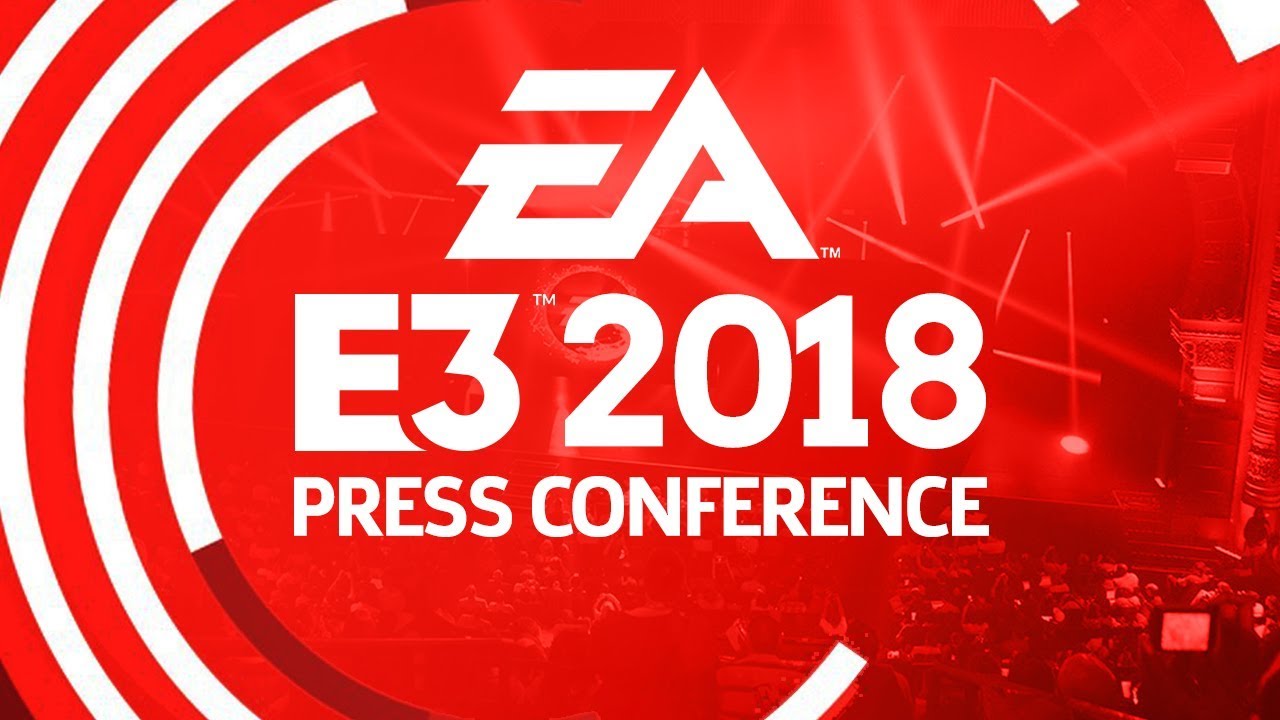 It’s that time of the year again , E3 2018 is upon us and EA Play kicks off the first of the big showcases.

To start the show off, EA brought out the big guns and gave us a look at Battlefield V set during World War 2. The game will feature a single player campaign and there will be no loot boxes or premium passes this time around.

For the multiplayer, full environmental destruction is back; players can smash through glass windows, buildings will crumble from being hit with artillery or run into by vehicles.

The biggest, but maybe not the most surprising announcement, is that Battlefield V will have a Royale mode.

Next up for football/soccer fans, EA introduced us to FIFA 19 and that the UEFA Champions League it’s going to feature. Also, for owners of FIFA 18, with the World Cup about to start in a few days time, EA has rolled out a free World Cup update available right now. For a limited time, players that don’t already own the game will be able to download the whole game for free and try it out.

We then get an update to the future of Battlefront 2. A new ‘Hunt mode’ will be introduced. It was inspired by the first Battlefront games and starts with the Ewoks on Endor. New but familiar characters will make an appearance for the first time and there will be new planets introduced into the game.

One of the biggest surprises of the show was the unveiling of Unravel Two. We’ll be playing two characters this time that both share the same piece of string. The game can be played in co-op with each player controlling a character each or in single player where we’ll have the ability to switch between them as we traverse the levels. But the big reveal was that not only is the game finished in development but it’s available to buy and play right now.

We were then introduced to an EA Originals supported studio called Jo-Mei and their beautiful looking game called Sea of Solitude. This game takes an interesting look at human emotion and loneliness.

Bringing the show to a close, the highly anticipated new IP from Bioware, Anthem, brought the goods. The game will not feature loot boxes but there will be cosmetic items that can be purchased. The campaign can be played solo though it’s encouraged that players team up with friends. We also got a release date of February 22nd 2019.

And finally, although we didn’t get any footage of the game, CEO of Respawn Entertainment Vince Zampella, gave us some information on his teams new Star Wars game called Star Wars: Jedi Fallen Order. The game takes place during the ‘dark times’ between episodes III and IV of the movies and we can expect it during the holidays 2019.

What did you think of the EA showcase? Awesome? Boring? What games are you forward to?

Battle Royale in a Battlefield could be interesting. I’ve tried H1Z1 and Fortnight and the shooting mechanics in those games is absolutely atrocious, you feel like your playing a PS2 game where all the enemies have lag switches. That and the spread that they incorporated into the guns makes your skills all but pointless. So yeah i may pick up Battlefield just for that mode alone.

I’m not a fan of Royale modes but to be fair I’m basing it on my experience with the above games you’ve mentioned and agree completely, I just felt like I was playing something I’d expect on PS3 or earlier. I’m a fan of Battlefield and the Royale mode is an extra to everything else we expect from BF i.e. campaign, multiplayer, so I will try it out. If they carry over the same level of quality we get in regular MP, I might be able to get on-board.

So Anthem can be played alone….interesting,i keep an eye on this one!