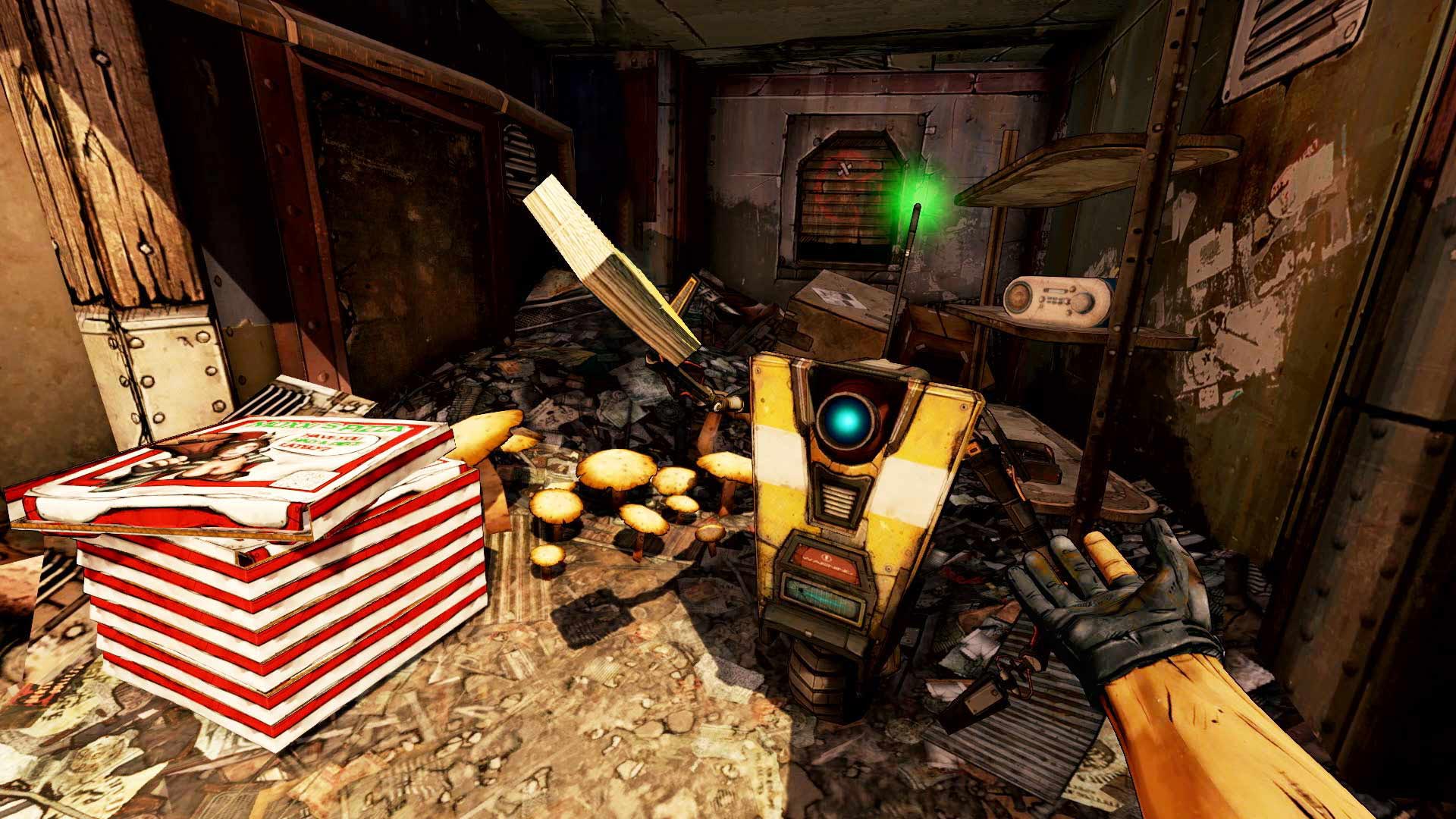 While we anxiously await news on Borderlands 3, Gearbox decided to surprise us with a new addition to PSVR. Borderlands 2 VR is coming to PS4 in December and, similar to Skyrim, will be the full game and not just an off shoot. It also includes some additions that are unique to the VR experience.

While the looting shooter in VR should be fun anyway, they added a couple of enhancements to this version. The first is what they have dubbed “Bad Ass Mega Fun Time”, or BAMF Time. This ability slows down the game, giving you a chance to make your next move. Something like The Matrix. This ability will be included in the skill tree and is also intertwined with some of the characters skills.

Controlling characters in VR games have been tricky but there are a couple of options for this game. The first is you can use the traditional controller to move around and shoot while using your headset to look around. Or you can use teleporting to move around and use a move controller to aim one of a bazillion guns at your enemy. These changes also include driving vehicles. For the first time you can drive in first person mode and use your headset to aim the mounted weapons.

There is one downside to all this though. Since this is a VR edition of the game they decided to take out the multiplayer aspect. Which kind of makes sense but is a bit of a downer. However, it looks like some of the improvements and additions for this edition might make up for it. Pandora will definitely be a much different and immersive experience.

Borderlands 2 VR will be released December 14th and will go for a fair price of $50. If you pre-order now you can get an exclusive PS4 theme. Now we just have to wait for some Borderlands 3 news.

What do you think of this? Does this make you want to get a PSVR headset? Is this a good enough reason to go back to Pandora?