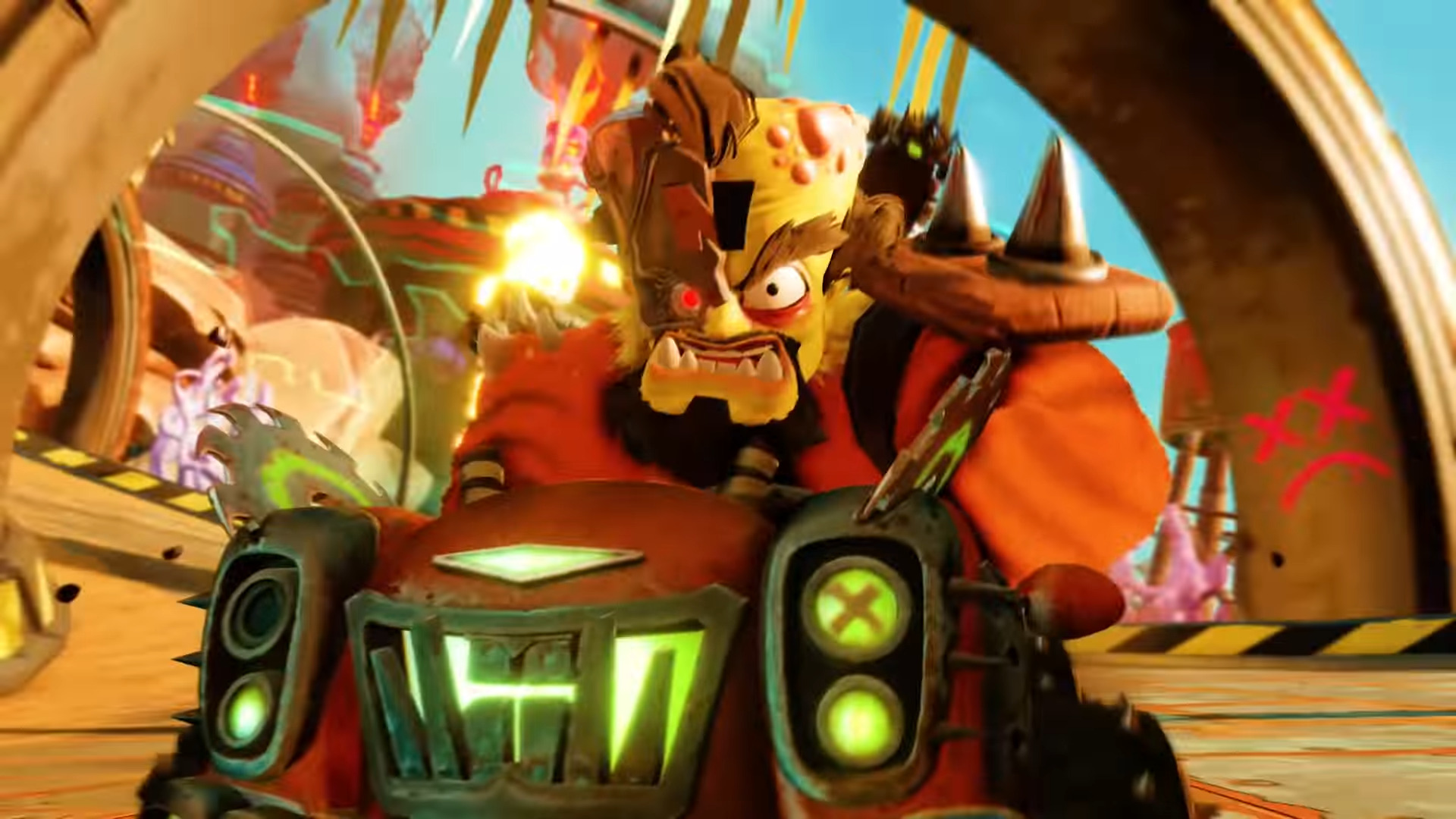 Activision is Mad Max-ing Crash Team Racing Nitro-Fueled in its new Rustland Grand Prix. Beenox revealed it Wednesday in a blog post complete with a trailer and have since released it. The new Grand Prix doesn’t just include a new race track but also new outfits, karts, a new racer, and even a game mode.

On top of the game-changing features, the Rustland Grand Prix will add the Golden Wumpa Hunt game mode. The mode tasks players to chase after the golden Wumpa fruit hidden in glowing crates. The mode is ready on any course. In the end, players are rewarded with Wumpa Coins and, on top of that, there are challenges tied to collecting the fruit.

Since this is another Grand Prix, it comes with a brand-new track called Megamix Mania. As described by Beenox, the track is “three laps of survival on a dusty canyon near a factory hideout in the desert.” All the while, you can earn three brand-new karts. Two of which are earned through the Nitro Gauge and the last one earned in the Pit Stop.

Alongside the graphical updates to make Crash Team Racing Nitro-Fueled more Mad Max-esque, you can race in eight new outfits for fan-favorite characters from the bandicoot himself to Dr. Neo Cortex. It’s not just the characters that can get a figurative paint job, though. Players can also customize their karts with new paint jobs, wheels, and stickers, some of which allow racers to “rep their country pride.”

One of the biggest deals for Beenox, though, is the addition of Megamix as a playable character. Not only is he another option for players to choose, but his inclusion is also the game’s 50th playable character. To give you a rundown on what Megamix is, he’s what you get when you combine Tiny Tiger, N. Gin, Dr. Cortex, and Dingodile into one character. He first appeared in Crash Bandicoot: The Huge Adventure as an antagonist.

To get the Rustland Grand Prix, all you have to do is update Crash Team Racing Nitro-Fueled.