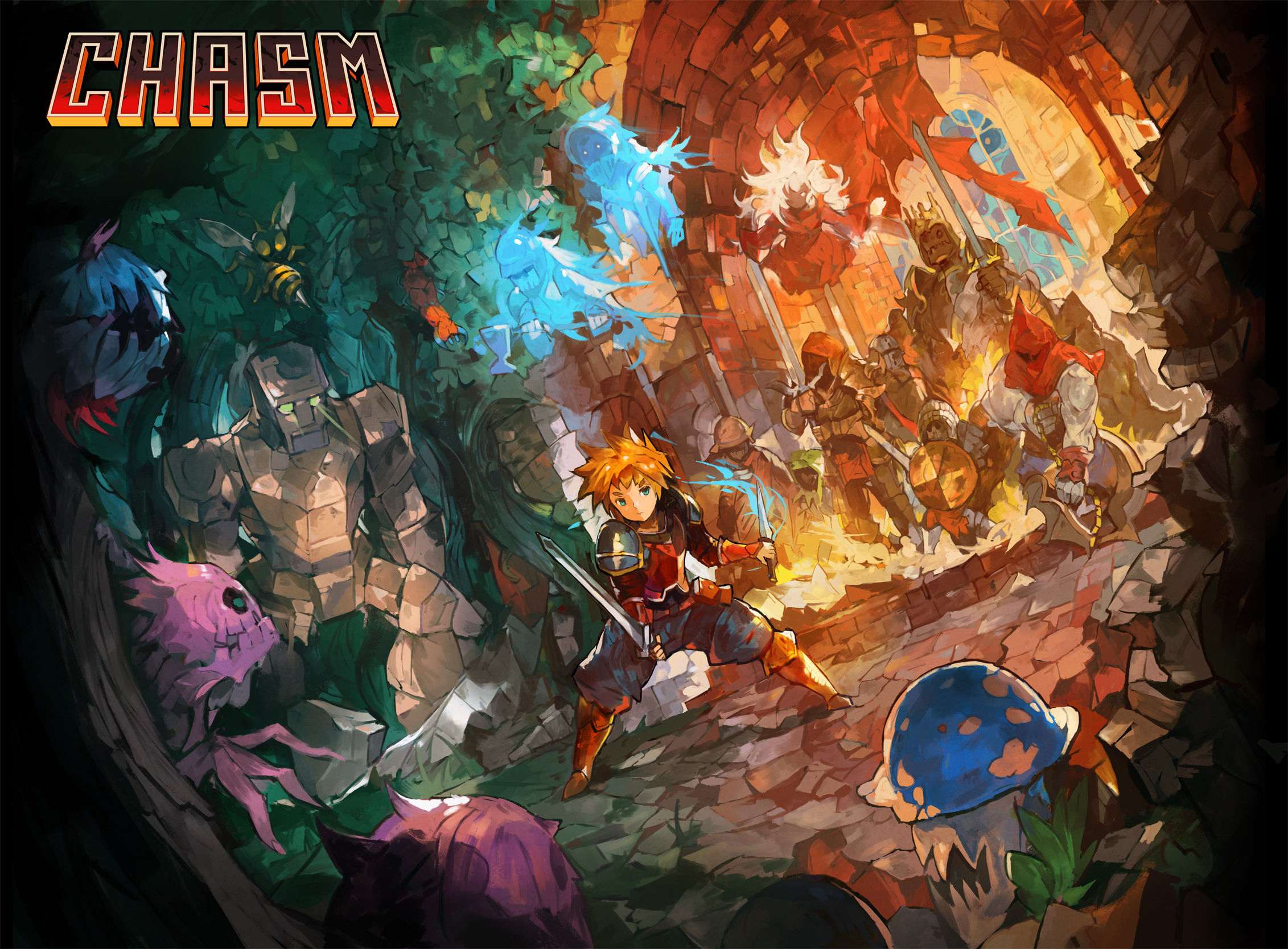 It’s been almost 4 years since Chasm was floating around certain department stores.You may or may not remember this metroidvania style game. After their brief appearance Bit Kid Inc. went quiet to finish the game.

The founder of Bit Kid Inc., James Petruzzi announced today at the Playstation Blog that Chasm is very much alive and is in the works to be released this summer. As mentioned, Chasm is a metroidvania style of game that includes random maps. Apparently everyone who plays will all end up with different maps.

Though the overall story is the same for all players, your hero’s journey will be unique: each of the rooms has been hand-designed, and behind the scenes Chasm stitches these rooms together into a one-of-a-kind world map that will be your own.

This idea is a big reason the game was delayed for so long. After a very successful kickstarter in late 2013, Bit Kid Inc. went to work creating their vision. It seems that early demo was only a small part of what they wanted to complete.

One of the most difficult things to get right was the underlying code base. When we made that early demo, it was stitched together with bubblegum and duct tape. We wanted to make sure that everyone playing Chasm would have their own world map that was unique to them, and we also wanted to make sure that every possible world map had the right pacing, variety of gameplay, and challenge.

The good news for fans of the Vita is that Chasm is also going to be cross buy. The coder for Axiom Verge (another excellent side scrolling game) was able to get Chasm working on Vita as well. Yay for the Vita love!

Chasm is set to be released this summer although they don’t have an exact release date yet. I like the idea of having a random map that makes each experience different. A great artstyle and what looks like some solid gameplay should make for a nice addition this summer.

What do you think of Chasm? Did you play any of the demos back in 2014?