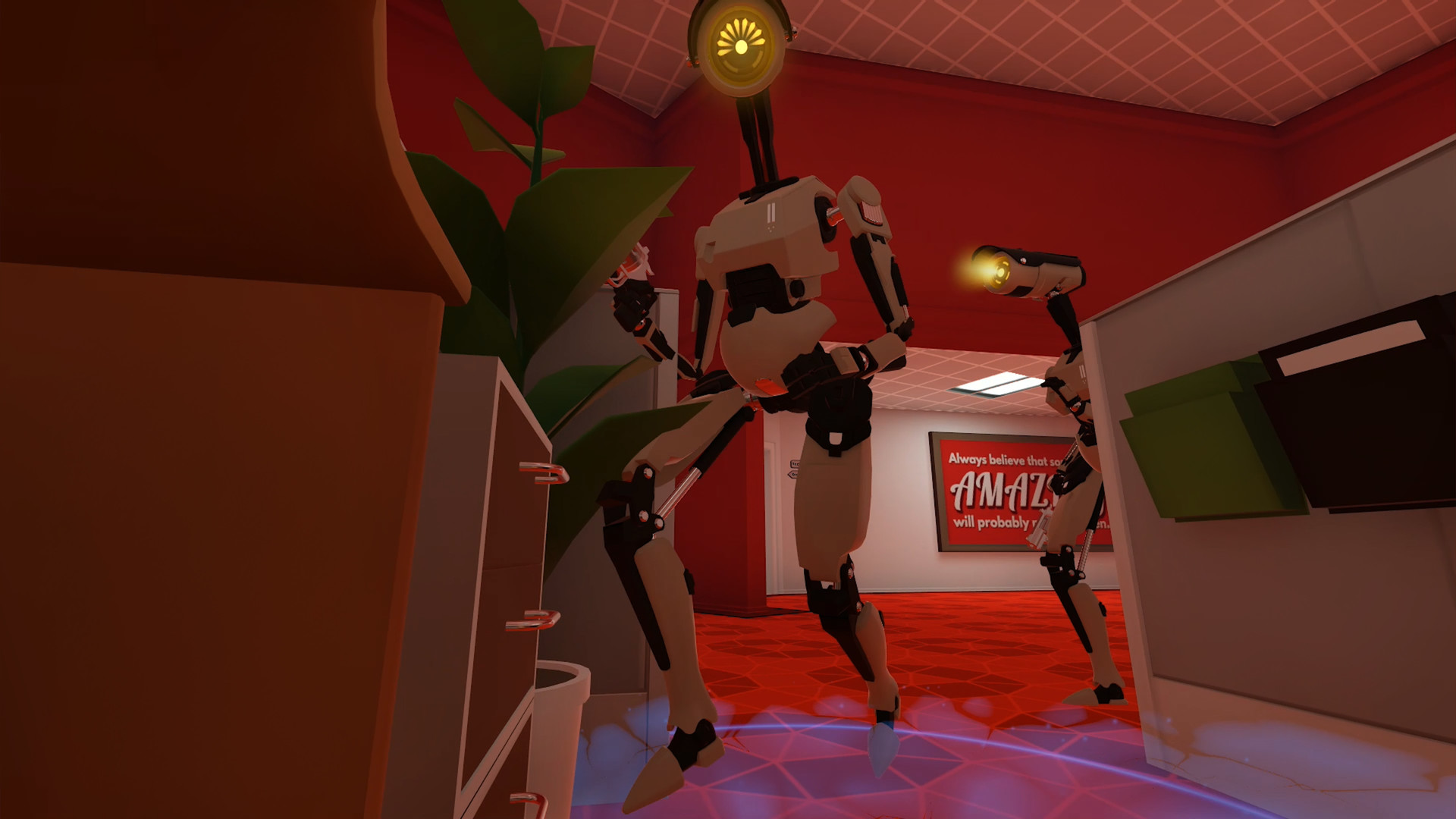 Budget Cuts is out now on PSVR. Unlike a ton of other games slated to come out this year, Neat Corporation’s office-stealth title kept its word as to when it’d come to the PSVR. We knew the game was launching on September 25, but it wouldn’t have been a shock if the developer’s port would see a delay with all that’s going on.

There’s more to Budget Cuts than what was originally touted in the previous release. A brand-new level is launching alongside the PSVR release. The game itself, though, puts you in the shoes of an office worker whose only chance at survival is to make their way out of the office before the evil robots catch and eliminate you.

You can pick up this bot-filled stealth title for $30 right now.

What do you think? Are you going to get a copy? Tell us below!