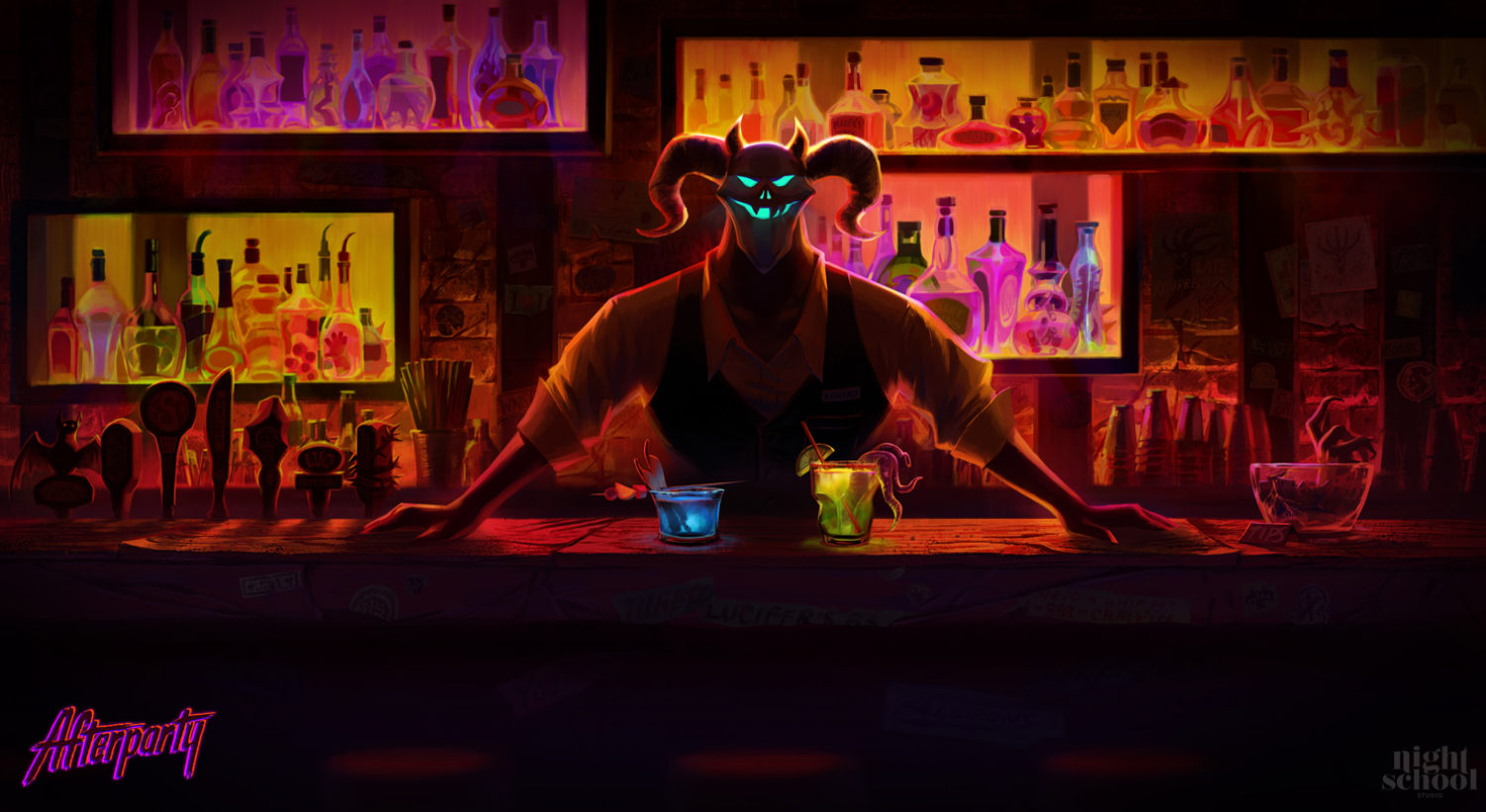 Here’s an unusual premise for you. Developer Night School Studio announced their next game earlier today, Afterparty. In Afterparty you play as two dead college grads Milo and Lola. And now they both are stuck in hell. There is only one way out and that’s to barhop through hell and try to out drink Satan himself. That sounds like a lot of work if we’re being honest here. And very amusing. At least you won’t be able to die again.

If you don’t know who Night School Studio is you may recognize their last game, Oxenfree. Oxenfree was a fantastic game that was released in early 2016. It showcased an interesting cast of characters and splendid dialog with choices that affected the outcome of the game. It’s one of the best games of that year so that is promising for Afterparty.

Sean Krankel, co-founder and studio director of Night School Studio talked a about some the gameplay.

“Players can chat up demons and the deceased using a new dialogue system, challenge them to Satanic bar games, and drink from a huge menu of infernal cocktails, all with game changing abilities.”

As mentioned, dialog in Oxenfree was one the best aspects of that game. It was very natural and compelling and gave you plenty of chances to add to the dialog. Afterparty looks to follow suit. As you barhop your way through hell you’ll have conversations with the denizens of hell that, based on choices you make, will change the outcome of future interactions and conversations.

Night School Studio plans on combining comedy with a story that is personal for each player. Adam Hines, co-founder and lead writer talked about that aspect.

“We wanted to merge a heavily player-driven narrative with outlandish comedy that feels surprising and spontaneous, so the player not only defines their adventure, but directly creates the outrageous situations that make any great ‘crazy night out’ story worth telling.”

Afterparty is set to release in 2019. Personally, I’m excited for this game. Not only is it from this particular developer but it also looks very promising and entertaining. Keep an eye out for more news on Afterparty.