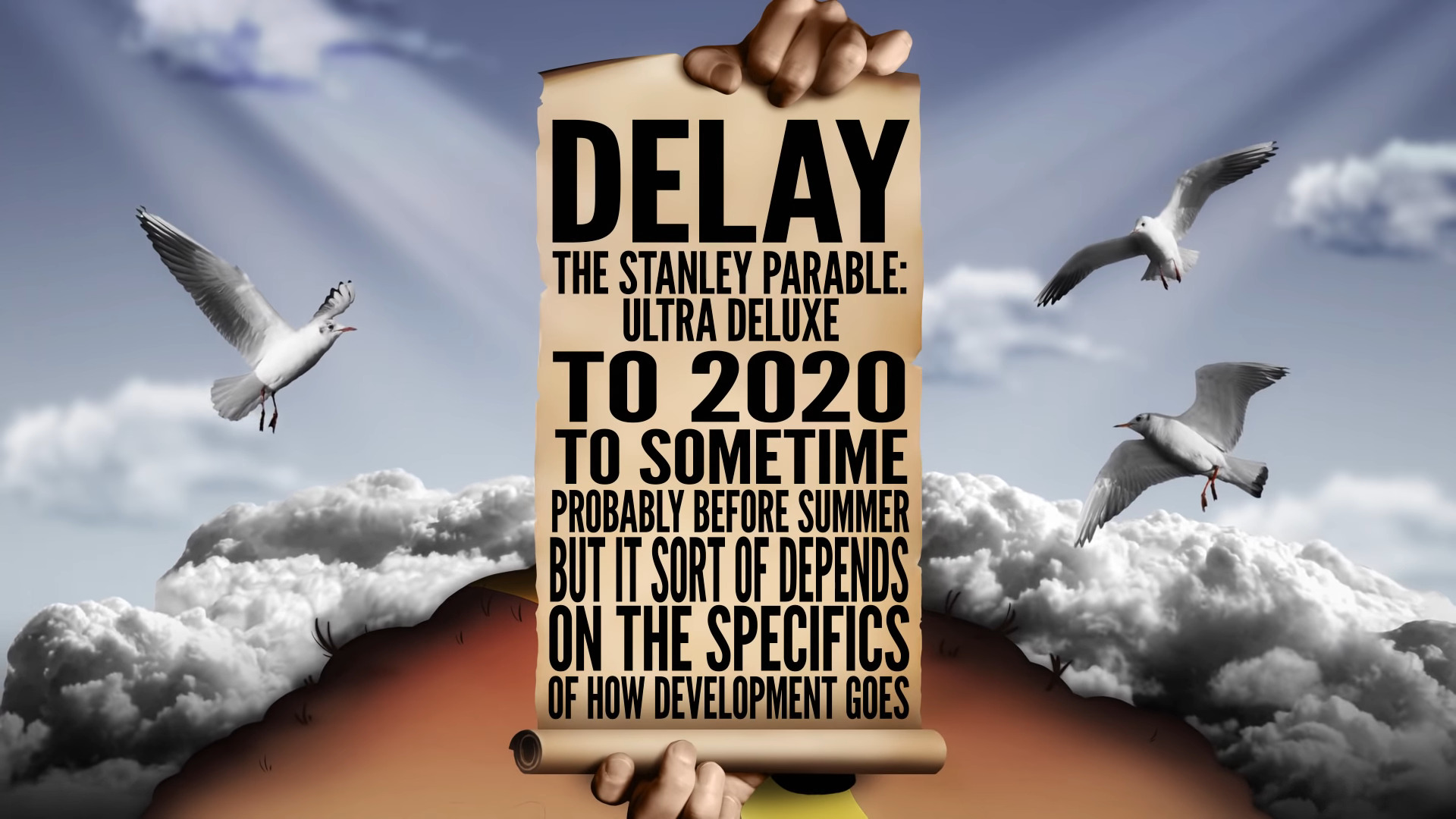 The Stanley Parable: Ultra Deluxe has been delayed to "sometime" in 2020. This announcement was done through the use of a video with the smooth-voiced narrator reading emails from "fans". It quickly becomes abundantly clear the video was being made for a laugh as they delay the game to an undisclosed date, probably before summer.

Delaying video games is a common practice, normally it's to finalize development or to make minor modifications to the game that went unnoticed during playtesting. The reason behind this delay is masked in mystery, but they - nor their fans - are dreading the announcement, after all, the developer is willing to take a few more months to polish the game rather than releasing any graphical updates as a Day One patch.

The Stanley Parable: Ultra Deluxe was announced during The Game Awards last year. This announcement came with new endings and secrets alongside PS4, Switch, and Xbox ports.