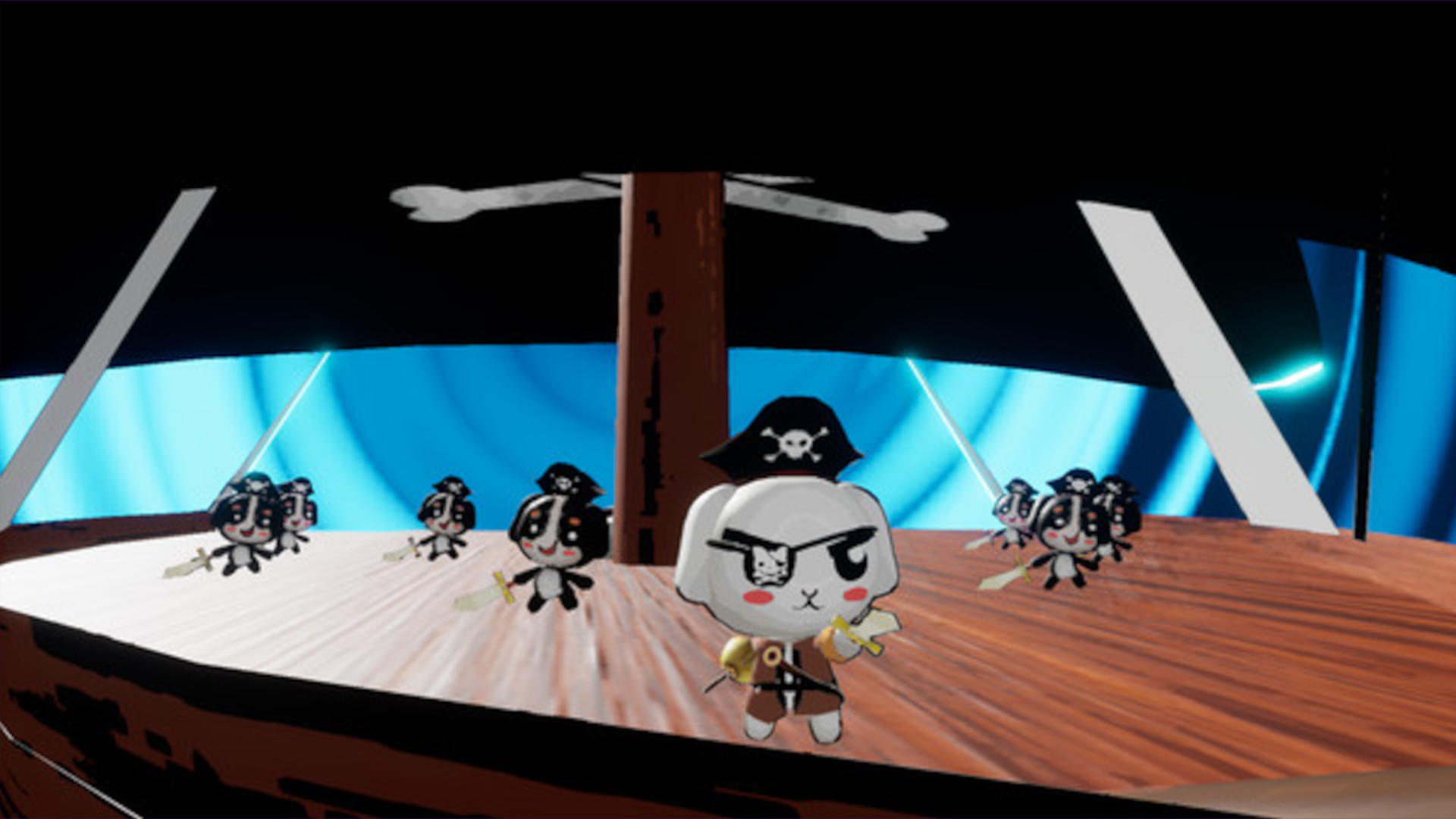 PlayStation 4 is getting a perspective-switching-action-puzzle-platformer sometime this year. Originally made for an Unreal Engine Game Jam, developer Burgos Games found he struck gold with the game and wanted to take it further. With that, he hired contributors and went on to expand the game. Labeled Neko Ghost, Jump!, the game puts you in the shoes of a fast feline with the ability to separate its spirit from its body referred to as Nekoman.

Nekoman is forced to save his kidnapped friends and family from the clutches of Space Pirate Dog Boss. To get to him, though, the player must traverse grassy plains, snow-covered tundras, deserts, and more.

Each level ranks the player on speed with coins able to not only act as a way to shave seconds off the timer but also as a means to deck out your kitty with new facial expressions, headwear, and more.

Neko Ghost, Jump! is going to be open and playable at PAX South 2020.