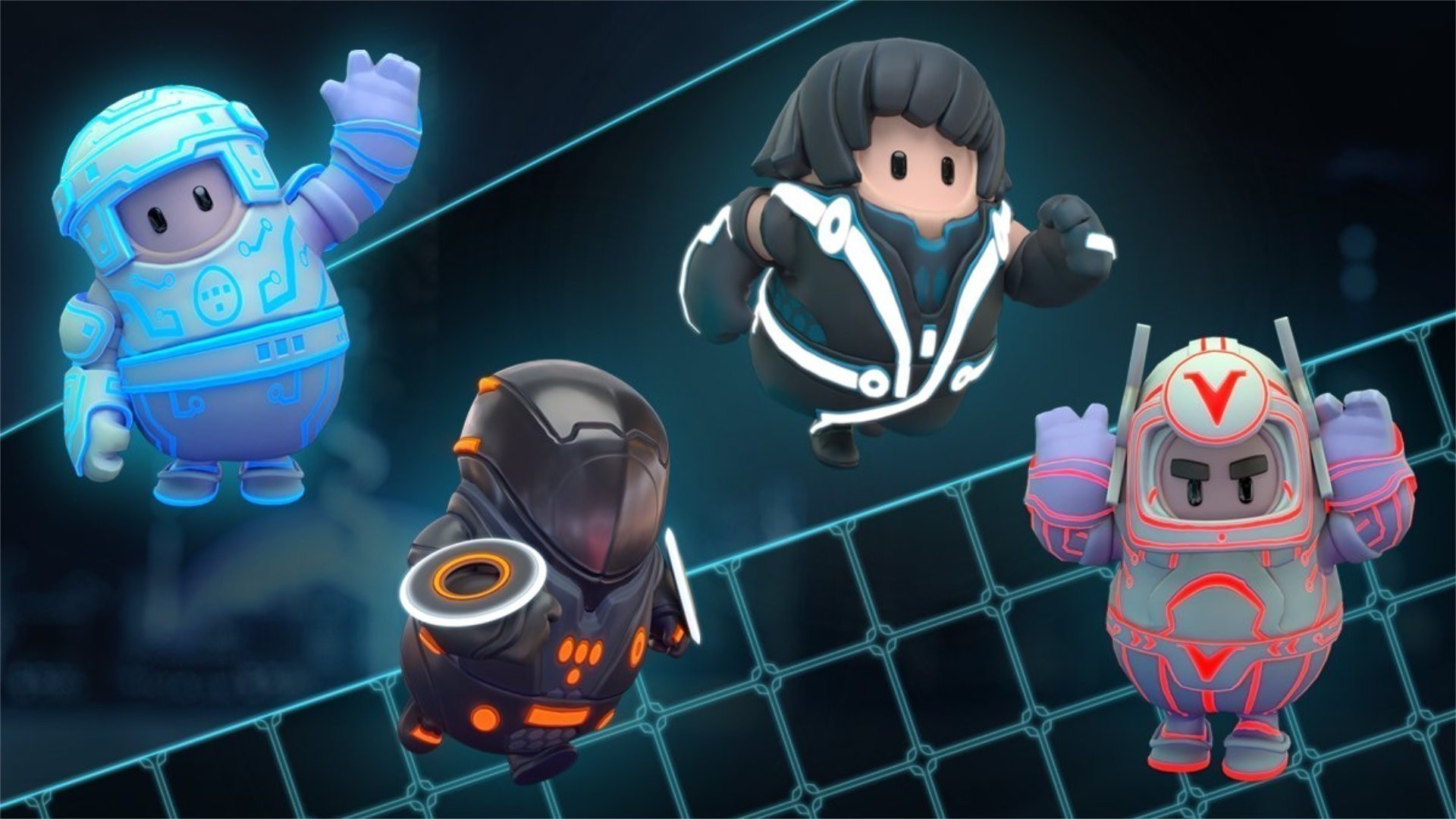 The team over at Mediatonic has revealed the next batch of content to its adoring Fall Guys: Ultimate Knockout. Like its last batch, crossovers are aplenty.

With the future theme of Season 4, it only seems fitting that Mediatonic has tapped the House of Mouse, AKA Disney, to formulate some new costumes based on one of its less touched properties as of late - Tron.

The new jellybean outfits are directly inspired by the franchise, with one of them clearly sporting the old design, while the other three feature the more modern take from Tron: Legacy.

In the end, you'll be able to dress your unnervingly tall bean-shaped participant as either Tron, Rinzler, Quorra, or Sark. The first three will be available in a premium DLC pack. Sark, on the other hand, will cost you 22,000 kudos.

We don't have much longer to wait, the four new skins will be launching on May 24.

What do you think? Do you still play Fall Guys or will this make you brush up on your skills? Tell us below!