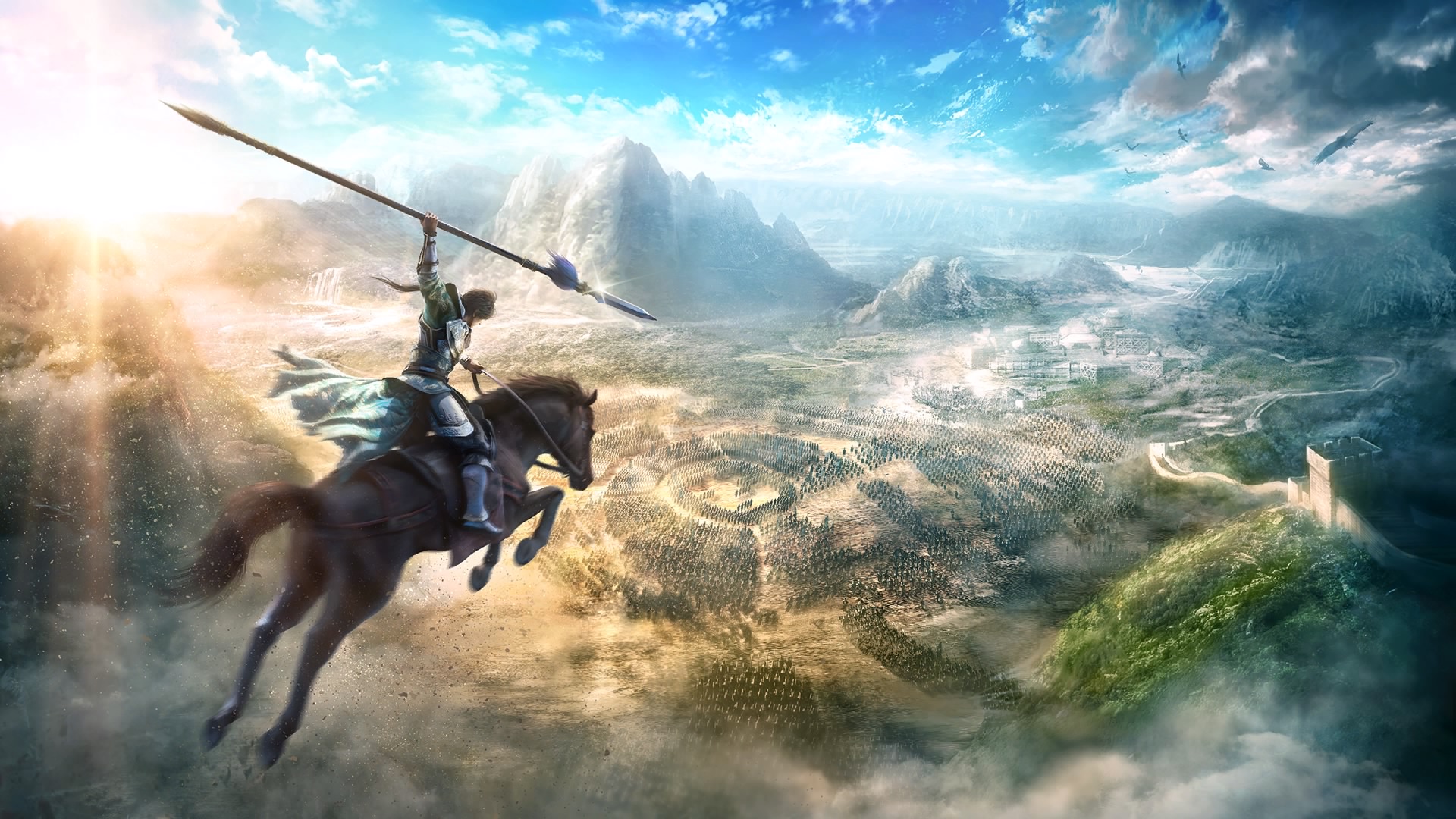 It’s been a long, long time since I’ve played a Dynasty Warriors game. A hack and slash action series with stories loosely based around ancient Chinese historical texts, Dynasty Warriors was a great way to spend an evening with a friend, slicing your way through thousands of enemies in battles of epic proportions.

As popular as the franchise was in the PS2 and early PS3 days, it has tapered off a great deal this last decade, with only two previous installments since 2010, so no one was more surprised than I to learn that Koei was back with a fresh approach for 2018. Unfortunately, the few new ideas Koei brings to the table are too little, too late, especially with a plethora of performance issues that drag down an already sinking ship.

Perhaps the biggest change in Dynasty Warriors 9 is the inclusion of an open world. Rather than individual stages with mostly linear progression, this installment lets you wander throughout this semi-fictional recreation of ancient China freely, tackling whatever missions you come across. The basic framework of a Dynasty Warriors game is still there, in that you start with one of a handful of characters, level them up as you complete missions by defeating dozens and dozens of enemies, and eventually unlock more and more powerful playable allies so that you can tackle more difficult missions going forward. There is simply a bit more freedom in where you go and how that progression unfolds.

You can travel by foot, by horse, or by boat if you like, but there isn’t much reason to. While Dynasty Warriors 9 may technically be an open world environment, there really isn’t much in that world to justify any exploration whatsoever. Open areas between cities and towns are mostly identical, with nothing of value or interest. After playing through games with truly fantastic open world design such as The Witcher 3, Horizon Zero Dawn, or Grand Theft Auto V, generic open worlds just don’t cut it anymore. Developer Omega Force does nothing to justify this design change, which is unfortunate given that it negatively impacts the experience in other ways.

CARNAGE AT 15 FRAMES PER SECOND

Most console games still run at a locked 30 frames per second. It’s not always ideal, but for action adventure games such as this it’s more than serviceable. Unfortunately, Dynasty Warriors 9 fails to hit even this modest target most of the time, and often drops to less than half that during more intense battles, when it rains, or sometimes for seemingly no reason at all. Stuffing dozens or even hundreds of enemy combatants into a single area requires a lot from the hardware, no doubt, but the PlayStation 4 should be more than up to the task, especially given the overall low visual quality present in the game. Yet, Dynasty Warriors 9 often plays more like a slideshow than a videogame, with a frame rate so uneven that it kills any sense of mobility or immersion.

Worse yet, the game suffers from horrendous pop in, where you can actually watch the game loading individual assets one after another, with enemies, allies or surrounding foliage suddenly appearing out of nowhere five feet in front of you. Animations are rough, stilted and generally unconvincing; characters often move more like actors in old-timey stop-motion movies, with no fluidity or continuity of movement. Put it all together and you’ve got a game that’s hard to play and often even harder to look at. It’s a shame because there’s some real depth to the gameplay, but it never gets a chance to shine.

In the few instances where the game’s technical issues aren’t getting in the way, the large-scale battles can still be quite satisfying, pitting you and a few allies against roaming hordes of bad guys just waiting to meet the sharp end of whatever weapons you’re packing. You have several special moves that can help you plow through your foes more quickly, using R1 and the various face buttons to attack depending on the situation, either knocking foes into the ground and stunning them or up into the air, leaving them exposed to follow up attacks.

Routinely you’ll have the option to counter or insta-kill opponents through quick time events; hitting triangle at just the right moment, if the opportunity is presented, can quickly finish off almost anyone with one brutal final blow. The combat system isn’t terribly deep, but it really shouldn’t be. The game strikes a fine balance between allowing you to quickly mow down the rampaging masses while also making sure it’s not entirely mindless hack-and-slash.

Unfortunately, the enemy AI isn’t quite as balanced. It must be a tall order indeed to program AI for so many NPCs at once, but it would have been better to scale things down than to have so many enemies who routinely do not even respond to your presence, doing nothing more than standing around as you run right through them on the way to your next group. It’s horribly inconsistent, with some packs of enemies being entirely docile, while others have their aggression turned up to 11.

THE FALL OF THE THREE KINGDOMS

As most fans of this series already know, Dynasty Warriors has long based its stories on actual historical texts from ancient China, most notably the Records of the Three Kingdoms. I’ve always loved the way this series brings to life aspects of history that most Westerners would otherwise never know about in a way that’s engaging and fun. It’s such a shame to see the state of this franchise in 2018. Dynasty Warriors deserved better than this, and I hope Omega Force gets another shot to do this franchise justice, because this is not how the tales of the Three Kingdoms should end.