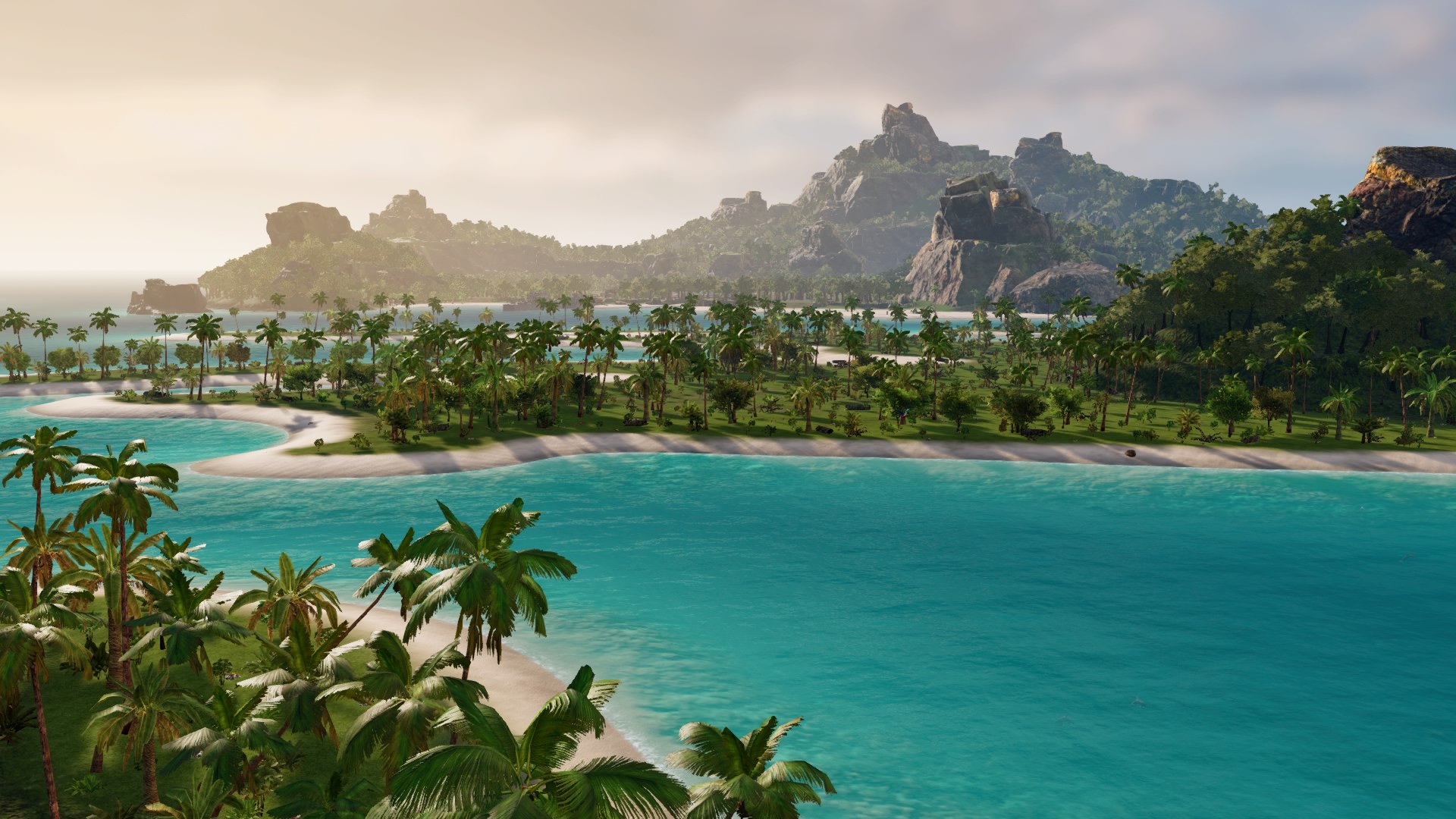 My first foray into the city building/management simulation genre came with 2009’s Tropico 3. As the (usually) benevolent dictator of a small Caribbean island nation, I immediately fell in love with the prospect of controlling every aspect of my country’s development, management, infrastructure, politics, and even the personal happiness of every single citizen. Unfortunately, the genre hasn’t evolved much since then, and that includes subsequent Tropico games, including this year’s Tropico 6. The good news, though, is that new developer Limbic Entertainment has done a bang up job of refining the formula that previous developer Haemimont Games built with Tropico 3, 4 and 5.

Tropico 6 starts much like every other Tropico game; with a (very) necessary tutorial. These games are dense, and complex, and the learning curve, especially if you’re new to the genre, can be intimidating. Your ever-faithful minion, Penultimo, guides you through the basic mechanics and introduces you briefly to some of the larger concepts. It’s enough to get you going, if not make you an expert city planner, but it also came with a few not-insignificant bugs that made progressing difficult. However, once I’d reacquainted myself with the basics, made easier by Limbic’s adoption of Haemimont’s incredibly intuitive interface used in Surviving Mars, I was off and running with my own potential tropical paradise.

You’ll start your game in the early 1900s, and progress through four eras, much like Tropico 5. There’s the Colonial Era, the World Wars Era, the Cold War Era and the Modern Era. To progress from one to the other, certain specific objectives must be met. Your primary objective in Tropico 6 is the creation and maintenance of an efficient city plan, where all aspects of your citizens’ daily lives are met. This includes a properly functioning and prosperous economy, which is accomplished by building up and expanding various businesses from agriculture to entertainment. To do this right, you’ll need to organize, as where you place which business/building can have a drastic impact on its success. You’ll need to connect businesses to roads, which connect to ports of call, allowing you to export your goods to other countries for profit. There’s a lot of trial and error involved, and you can expect to start over several times, learning as you go.

However, the actual process of building things is fluid, easy and, most importantly, fun. Holding down a trigger brings up a construction wheel, smartly segmented into various building types/functions. Simply pick the building you want to construct, find a good place for it, and let your hard-working citizens take care of the rest. If you’re impatient, as I am, you can speed up time drastically using the D-pad and finish construction in a matter of seconds. You’ll likely want to slow it back down again, though, when you get into the actual maintenance. With all the various systems at your command, it would be easy for a game like this to control awkwardly with a controller; these games were always built with a mouse/keyboard setup in mind. The controller scheme in Tropico 6, lifted from previous Haemimont games, does an absolutely wonderful job of making everything easy to find and use. I found the system a minor engineering marvel when I reviewed Surviving Mars last year, and I’m no less impressed today.

It’s not enough to just build stuff in the game, you need to actively manage your businesses, and the employees who run them. Doing this is easy enough; simply highlight a building and click on it to bring up its menu. From there you can examine your employees, how many shifts they’re working, how happy they are, whether they’re understaffed or not, etc. It’s a dizzying amount of options at your fingertips, but it also means there’s no one right way to do anything. Like real life, you can exploit your workers, or the environment, to make more money faster. This makes your citizens less happy and can result in issues down the road. You can also take a more eco-friendly, socialist approach to managing your economy, and while you may make less money overall, or at a slower rate, happier citizens tend to be more productive and healthy. What balance you want to strike is entirely up to you, and one of the things that makes Tropico so addictive.

Visually, Tropico 6 is a delight to look at. There are three islands under your command, instead of the usual single island setup of previous installments, all of them as beautiful as any other tropical paradise you’ve seen in games, but what should really command respect is the incredible amount of detail injected into every part of your daily island life. You can zoom out and take in your nation all at once, but you can also get up close and personal with every citizen walking a beat in their neighborhood, the bars they spend their money in, and even the livestock your businesses rely on; nothing gets overlooked, and everything is worth looking at. There are some games in the genre that skimp on the simulation part of the construction/simulation formula, but not this one.

Whether or not Tropico 6 is for you really depends on your affinity for the genre, and Tropico in particular. If you’re a fan of previous games in the series, you’re apt to like this one, mostly because it’s less an evolution and more a simple refinement. That said, if it ain’t broke, don’t fix it, and Tropico hasn’t needed much fixing for a while. This is definitely a case where more of the same is more than welcome.

Good to hear, i had a lot of fun with 5 and may pick this up down the road.