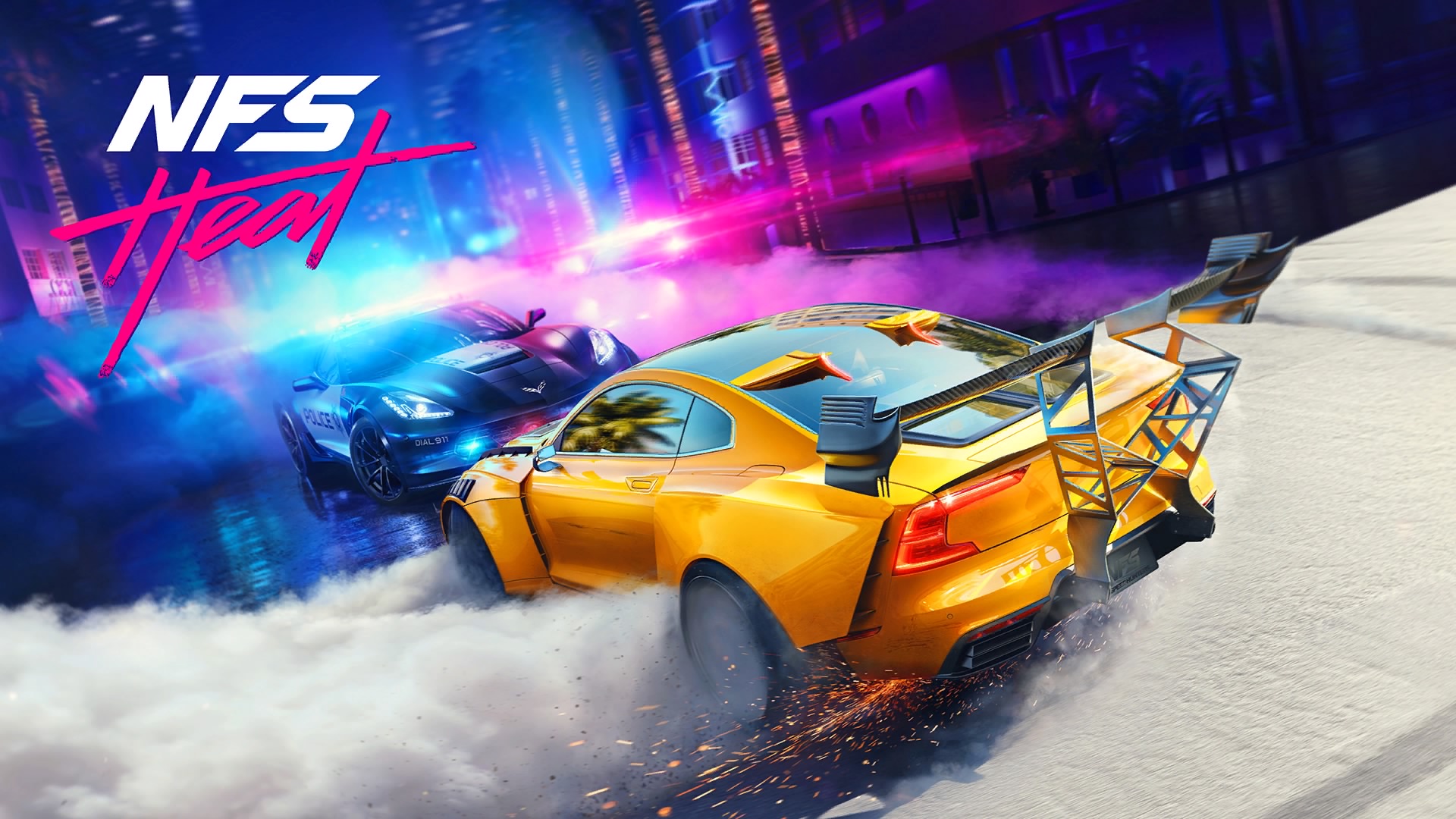 Despite its seemingly unwavering, and unending, popularity the Need for Speed franchise has really fallen off my radar since 2012’s Most Wanted. The further the franchise strayed from the stripped down thrills of earlier entries into attempts at recreating the Fast and Furious universe, the more my interest waned, especially as Forza Horizon jumped into the fray and quickly became king of the arcade racing hill. So it wasn’t with a whole lot of excitement that I dipped my toes back into Ghost Games and EA’s latest addition but, for the most part, Need for Speed Heat has done an admirable job of bringing me back into the fold, despite making some pretty bad first impressions.

On the surface, Heat looks like a pretty shallow makeover of previous games that uses neon lights and 80s vibes to gloss over any lack of ambition in game design, and the first hour of the game did nothing to allay those suspicions. I spent much of those first 60 minutes watching boring cutscenes, following brain-dead NPCs and fighting the urge to throw my controller as I searched in vain for even some basic control options.

The story in Heat is abysmal, let’s just get that out of the way. You’re likely to hate every minute you’re required to watch these characters awkwardly trying to connect with each other over the thrill of illegal street racing, as if you haven’t seen this plot done better half a dozen times. I hope, if EA goes this route again, they just bite the bullet and license Vin Diesel and Dwayne Johnson’s talents; at least then it would be entertainingly stupid, instead of just aggravatingly boring.

The default control options in this game infuriated me. The steering sensitivity turned my allegedly nimble Nissan 180SX into a boat, and I could find no place in the options to even adjust it. The default drift method made absolutely no sense to me (my 11 year old, however, had no issue with it, so perhaps this is just a case of Old Man Yells at Cloud) Turns out that’s because you’re not even given the option to adjust those controls until you’ve completed several races, for some reason. It’d have been nice to know that going in, so I didn’t waste so much time feeling old and blind. The end result was almost demoralizing as this racing junkie retried the tutorial race repeatedly, wondering why I couldn’t even break into the middle of the pack. Eventually I took the L and just moved on; by then even more story was starting to sound appealing.

Once the game stops bothering you with its undercooked plot, takes the training wheels off, allows you to tailor your controls to your specific tastes and lets you loose on the streets of Palm City, things change for the better in a hurry. I was able to tweak not only my steering sensitivity but also the amount of downforce my car was allowed to endure. More importantly I was allowed to swap out drift styles and go back to the tried-and-true method of mashing your Square button to get sideways in an instant. Soon enough I was putting opposing crews in my rearview with regularity, and having a damn good time doing it. I’ve never liked the way NFS does boosting, though, and unfortunately this game is no different. Boost takes forever to build and is largely ineffective in its use, especially since your AI opponents seem to “anticipate” your use of it by matching with their own boost, regardless of track position or circumstance or whether it makes any sense for them to do so. More importantly, the core thrill of arcade racing that made this franchise so popular feels like it’s back in form for the first time in years. Heat, more than any arcade racer I've played in recent memory, delivers a true sense of speed and danger, especially when you're weaving through oncoming traffic at high velocity; there's a genuine sense of the displaced air and that momentary sway of your car before you course-correct that lends a surprising amount of authenticity to a game that otherwise plays fast and loose with the laws of physics.

You split your time in Palm City in a revolving day/night cycle trying to do two disparate but equally important things: earn Bank and accrue Rep (because this is Need for Speed and normal words for things don’t apply). Bank is money you earn during the daytime to buy new cars and upgrade existing ones. All the classic toys are back, such as radar jammers, and a few new additions and surprises. Rep unlocks new Night events, as well as new customization options for all the cars in your garage. It can only be won at night, when the cops apparently finally wake up and decide to chase you after everyone’s gone to bed and the streets are empty of pending civil lawsuits. Rep can be earned simply by winning races, but to really rack up the points you’re going to need those cops, and lots of them. Every Heat level you earn (up to Level 5, similar to previous games) while being chased by cops acts as a Rep multiplier, so if they’re going to be chasing you anyway, you may as well knock a few cruisers into the water or smash them into buildings on your way.

The higher the Heat, the more aggressive the cops get, the more potential rewards await. It’s a classic gameplay loop, but it’s executed incredibly well in Heat, such that I honestly spent most of my time in game simply cruising around town at night looking for cops to antagonize, just begging them to come get some. After particularly strong showings against them I’d run back to my garage or safe house to call it a night, because Rep can only be successfully and permanently earned at the end of a night cycle; get busted at any point before that and Ghost Games forces you to watch as the police gleefully strip you of all your hard work.

Need for Speed Heat’s visual aesthetic also won me over eventually, if only because it so earnestly tries to recreate Miami nightlife, or at least the Hollywood ideal of it. There’s more pink neon than you can shake a fist at, and it always seems to be raining at night no matter what, but it’s a killer retro look for children who grew up on Miami Vice reruns. The car models could use work, however, not necessarily because they’re bad so much as they simply pale in comparison to other games out there such as Forza Horizon 4 or Gran Turismo Sport. When you’re blitzing through downtown at 100mph, though, it’s kind of hard to care.

HOT LAPS, BUT NOT MUCH ELSE

Ultimately my biggest complaint with the gameplay in Heat is the lack of variety and options. Outside of your basic circuit and sprint races, there’s not much to do. There are billboards to smash and collect, and speed traps to set off among others, and completing each of these little side missions can reward you with seriously impressive machinery, but coming off the heels of Forza Horizon 4’s big British playground where the fun is mostly limited to your imagination, Heat feels a bit confining.

Chances are you already know if this game is for you. It’s Need for Speed through and through, for better or worse, but the execution is far better here than the last few attempts I’ve made to dive back in. If you’re looking for classic, core arcade racing without a lot of frills and don’t mind a story mode that is distracting at best, you could do worse with your $60 than Need for Speed Heat. Problem is, you can also do better.