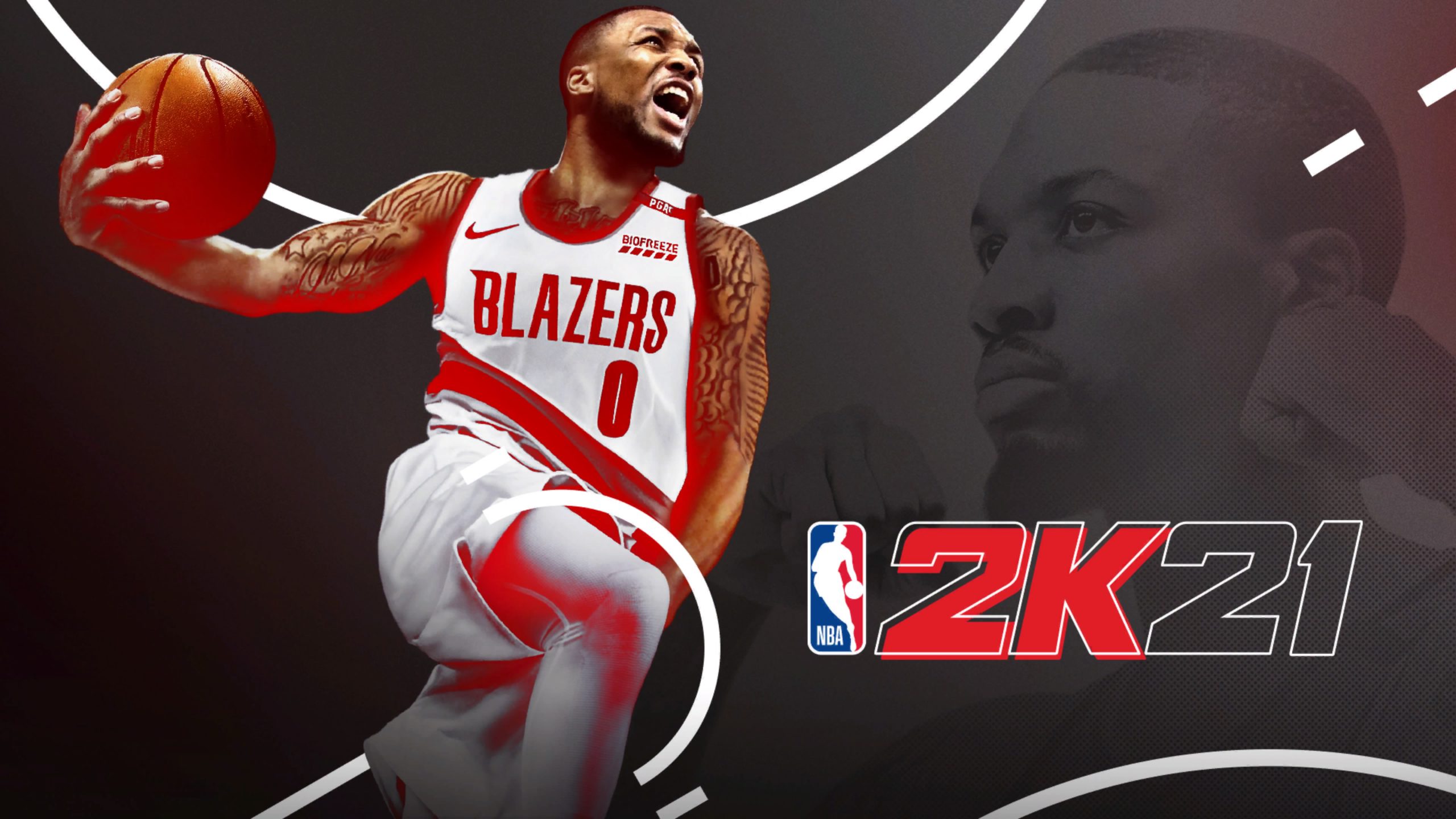 NBA 2K21 is the latest this massively popular perennial basketball sports simulator franchise has to offer. Unfortunately, it does little to change the game and feels like a copy-and-paste job more than anything else. Although it boasts a well-crafted MyCareer outing and some minor improvements, the lack of innovation does not justify a full price tag. 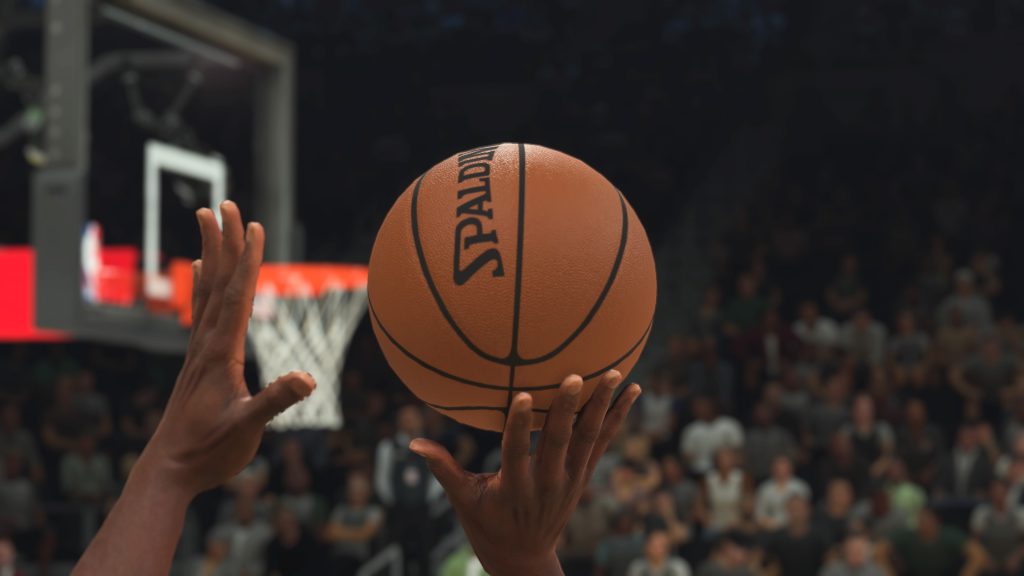 The most detailed ball in gaming?

Not Quite a Spike Lee Joint, But Still a Cool Crib

This year's MyCareer is entitled 'The Long Shadow'. You play as a custom-made character who is the son of a late, great basketball player. As the title of this narrative suggests, you'll need to pave your own path professionally and personally. There's an adequate focus on character relationships that makes up for the admittedly cliched sports narrative. Solid performances from the likes of Jesse Williams (Markus from Detriot: Become Human) and Michael K. Williams (Omar Little from The Wire) also make the cutscenes worthwhile. However, the side romance story ultimately interferes with giving these real stars the screen time they deserve. 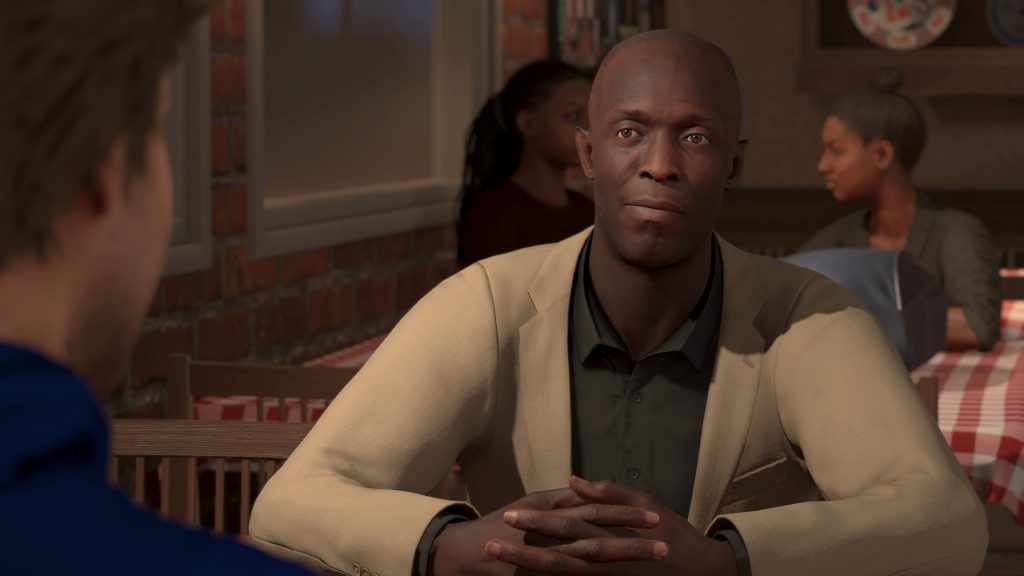 If you don't want to experience this story, you can head straight to the 'NBA draft'. Soon you'll be very well-acquainted with the grind of playing in seasons by doing stuff like gaining fans, unlocking perk-like 'Badges,' and trying to meet 'Career Milestones'. My favorite part of MyCareer is 'The Neighborhood', which is a fun hub to explore. You'll be running around in third-person in '2K Beach' to buy stuff for your character (clothes, shaves, tattoos) and boost your stats in daily activities (daily arcade and gym activities). It fills the void left by the now-defunct PlayStation Home, even though you may probably sport your default clothes for a while...

Virtual Currency (or 'VC' for short) will remind you of the worst trend that plagues the dying breath of eighth-generation gaming---microtransactions. NBA 2K21 is an abhorrent exemplification since almost all progression-related elements you need costs VC. Most bafflingly, in addition to EXP, boosts to your MyCareer player attributes require 100s of coins. And, as hinted at above, you'll have a hard time trying to get some decent customizables like animations and shoes since their price tags are through the roof for what they are. 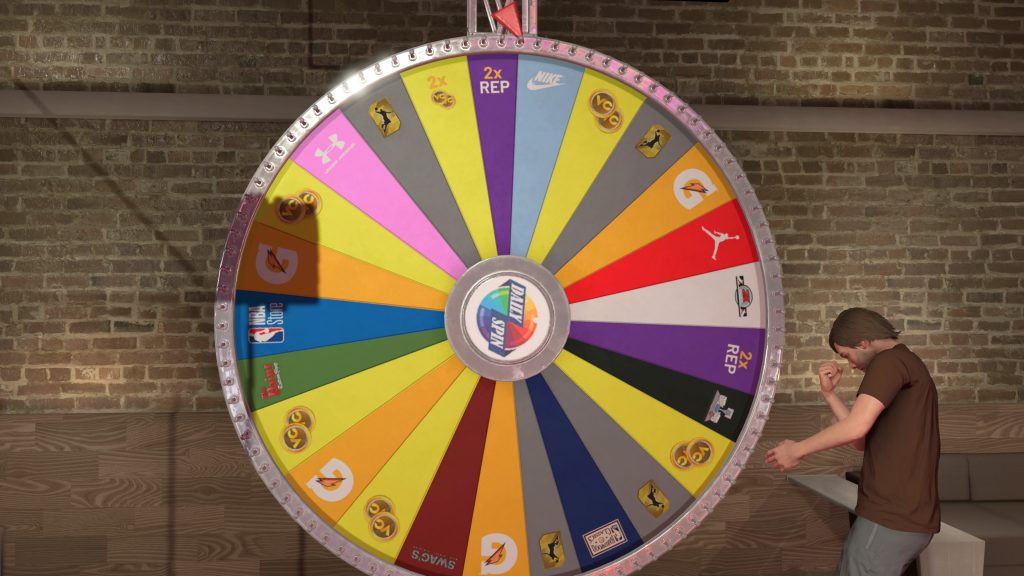 A slave to the system.

'MyTeam' also has a burdening reliance on reaching for your wallet. It's like Ultimate League from the FIFA series, and it is just as avaricious in its intentions. You build your team with card layout management and trading, but much of the progress stems from opening up loot boxes. That'll make you harness your inner cranky old man---you'll loathe the predatory and repetitive nature of this system. However, your kids or other younger relatives will probably love it. Ultimately, though, be sure to keep them away from the store section.

'MyLeague' and 'MyGM' modes have genuinely remained unchanged since previous entries, so there is no point going over them if you are a seasoned NBA series player. The 'Play Now' remains the bedrock of all memorable, friendship-ending couch versus sessions. 'Play WNBA' is one of the most notable modes because it is still an admirable act of inclusion for women, and 'Blacktop's' small court matches provide casual fun. On the creative side, we have 'Create a Player' and 'Shoe Creator'. The former's head scan feature is wildly inaccurate when used with the NBA 2K21 app, but I created a decent-looking guy for MyCareer. As for footwear designing, it's pretty awesome to select from all the different brands and customize every part of a shoe---from tip to top. 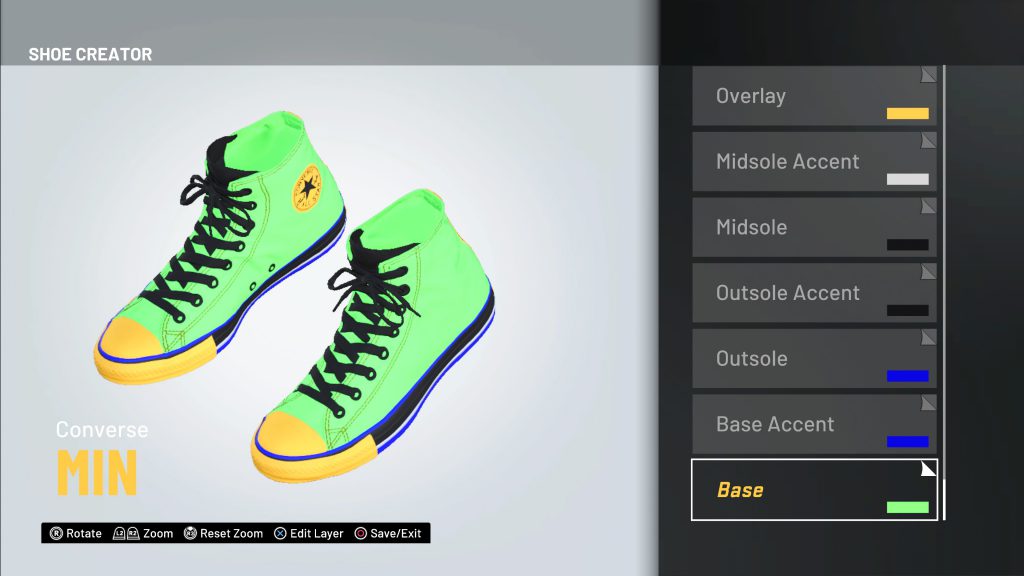 The only new gameplay feature is 'Shot Stick Aiming'. This control setting requires you to aim correctly with the right analog stick, keep it in the 'Shot Meter' wedge, and let go of the stick with precise timing. You'll risk more difficulty-wise by playing with it but gain greater precision if you land shots properly. Besides this feature, the game remains the most accurate sports simulator available. AI is incredibly competent, and the graphics and animations are top-notch. The dribbling is also relatively smoother than last year's, and there have been some balancing issues remedied. However, making very slight changes and slapping on a new number in the title should never represent what's considered a new product. 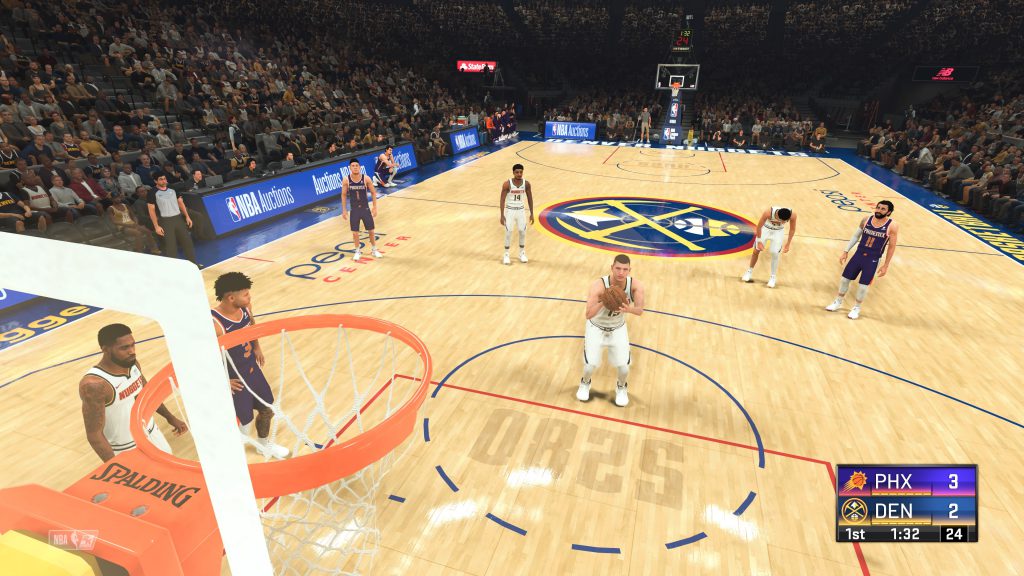 You've got one shot at this shot...

NBA 2K21 is a sports title that ticks all the boxes in simulation gameplay but falters tremendously in its plastic progression systems. Virtual Currency puts a stranglehold on your enjoyment, and it plays a big part in upgrading and purchasing in-game stuff. Sure, it might have a decent (albeit short and cliched) story mode, but the ball is in your court as to whether you want to fork out your hard-earned money on microscopic differences. Although, at the end of the day, it seemed like hoop dreams to think anything of substance would be changed. Stick with previous entries or wait for the next-generation version.