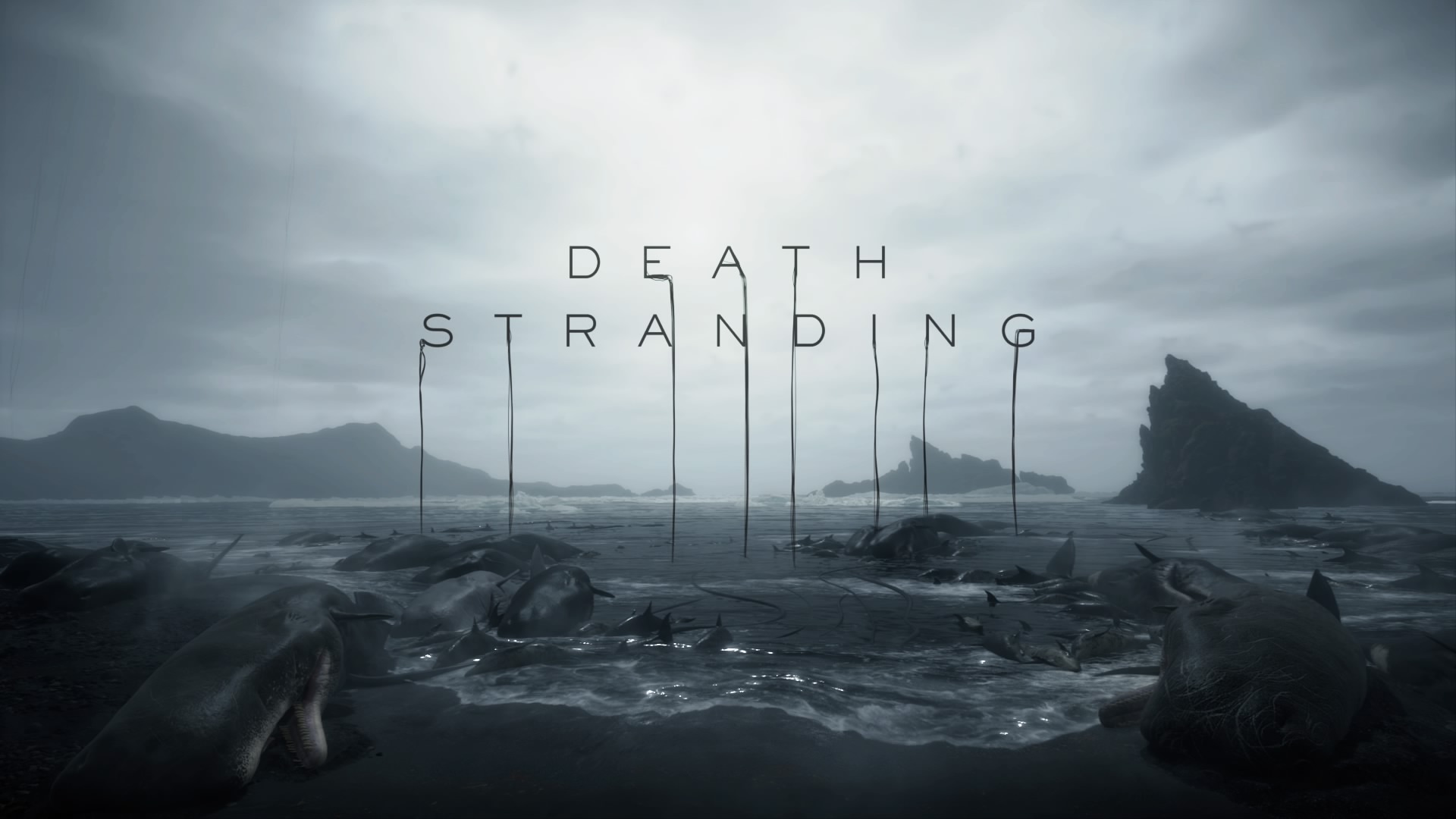 When Hideo Kojima released Metal Gear Solid 2: Sons of Liberty in 2001, it was one of the most anticipated games in history up to that point. It was met with critical praise, but also a lot of ridicule from people who found the game convoluted and laughably unrealistic; several critics and gamers alike were tickled pink over the notion that a dominant government would engage in disinformation warfare, or hand over the keys to their nuclear arsenal to an artificial intelligence that might one day go rogue. Yet here in 2019, Sons of Liberty seems downright prophetic, as the Department of Defense seeks to automate out nuclear capabilities through AI and the country is dealing with the aftermath of an election that hinged on disinformation campaigns from various sources. Today, Metal Gear Solid 2 is universally acknowledged as a masterpiece, vindicated as a prescient piece of social commentary in addition to a solid stealth action blockbuster. Also in 2019, Hideo Kojima released Death Stranding, a game that I am certain will follow a similar trajectory, and not only in terms of the themes presented.

Starring Norman Reedus as Sam Bridges, a porter whose entire job revolves around delivering packages in a post-apocalyptic America, Death Stranding is ultimately a story about re-connecting with what we’ve lost. It’s also completely insane in all the best ways.

REBUILDING AMERICA, ONE PACKAGE AT A TIME

There’s not much that can be said about the plot without giving away things best experienced in person, but essentially the game takes place some years after an extinction-level event known as the death stranding, that has not only killed most of the wildlife in the country but a vast majority of humans as well; most survivors live in highly secure, sheltered, underground bunkers. The wilderness beyond is not only incredibly dangerous on an individual level, but a single untimely death of even one person in this new dystopia can have catastrophic results for life on a global scale.

However, the only way for America to recover from this new nightmare is for the few people who are left to re-establish contact, begin to work together once more and rebuild what was lost. This is where Sam comes in. As a talented porter who can be trusted to safely get things and people where they need to go, Sam is in a unique position to help a struggling, dying country get back on its feet.

THE ROPE AND THE STICK

When first starting out, Sam isn’t given much in the way of equipment to get the job done. In fact, his primary gear set revolves around simple ladders and climbing ropes, with which to create makeshift structures that aid him in navigating the obstacles of the natural world, which now mostly resembles the volcanic mountain ranges of Iceland.

Perhaps the biggest obstacle, at least early on in the game, is the amount of cargo Sam is required to carry. His suit can initially support up to 150Kg, and you’ll often find yourself nearing that limit on any delivery. As you can imagine, hoisting that much weight on your back is bound to make even simple traversal a (literally) difficult balancing act, and Death Stranding’s physics are custom tailored to play into that. You’ll need to manage cargo carefully, both in terms of how you load it up and how you carry it. If you don’t stack your cargo in the correct order, you may leave yourself too top-heavy to walk anywhere without falling down, and even if you’ve organized everything properly, you still need to be careful of even the smallest physical obstacles, as momentary shifts in weight distribution can send you crashing down a mountainside before you realize what’s going on. Thankfully the game provides plenty of tools to help automate these processes, so it’s not difficult from a gameplay perspective so much as it is conceptually challenging.

As Sam progresses across the country, making connections and forging new alliances, new technology becomes available for use through the magic of 3D “chiral” printing technology that allows Sam to fabricate complex structures such as bridges, ziplines or even highways while on the go. As the game evolves and expands, Sam is continuously forced to get more creative in how he gets from Point A to Point B, but there is no one “correct” way to go about any delivery. Much like Kojima’s last entry in the Metal Gear Solid franchise, Phantom Pain, Death Stranding gives you an eye-popping amount of multi-functional technology and then leaves it up to you to decide how to use it. When faced with crossing a massive chasm, for example, you may decide to harvest resources and build a bridge to span it. Or you may choose to climb down one side and back up the other. Later in the game, when you open up mobility-enhancing gear like exoskeleton hardware that enhances your speed, you may just want to jump across. The solution to any problem in Death Stranding is only limited by your own imagination. Or, more accurately, your imagination, and every other player you’re connected to.

Death Stranding utilizes a sort of asynchronous, online cooperative gameplay mechanic, one in which you never directly interact with any other player, but where you can interact with the structures they build, just as they can interact with structures that you build. So, when faced with the prospect of having to cross that big chasm, you may just get lucky and see that another player has already cleared a path for you. Alternately, you may be the first to come across that area, in which case you’re laying down a path for everyone who might come after you.

Every time you come across another player’s structures, you can tap the touchpad to give them a few “likes”. These likes play into your overall character level, and help you unlock new perks and benefits as you play, and so you are incentivized not only to build your own helpful structures for others to use, but to show your appreciation for the help you get along the way. The result is an incredibly unique, innovative gameplay mechanic that feeds perfectly into the game’s overarching narrative themes.

YOU, ME, AND BB MAKE THREE

Your greatest asset in the game is not basic technology, or even other players. It is BB-28, a character that defies imagination, is alternately adorable and creepy, and without whom you could never survive the wilderness of Death Stranding. BB, short for Bridge Baby, is a premature baby with quasi-psychic abilities, connected to you through an artificial umbilical cord. He is also your connection to the “other side” of the world, the mysterious dimension responsible for the apocalyptic events that threw the world into turmoil.

This mysterious other dimension is constantly bleeding into our own, bringing with it nightmarish creatures known as Beached Things, or BTs. Mostly undetectable until it’s too late and they’re right on top of you, BB’s link to their dimension works as a sort of early warning system that helps you navigate through the invisible hordes of enemies, using only a directional/doppler indicator highlighting their general direction and distance.

GET READY FOR TIMEFALL

Sam is usually safe from BTs so long as it’s not raining, thankfully. In fact, the world of Death Stranding is peaceful far more often than not, full of beautiful views and breathtaking landscapes ripe for exploration. Unfortunately, there’s Timefall. A byproduct of the death stranding, rain is now a menace known as Timefall, which rapidly accelerates the aging and decay of anything it touches. It also brings with it BTs, who are desperate to pull you into their dimension at all costs.

If they are successful, you’ll be drawn into a boss battle against a much larger, stronger BT and your only options are to run for your life, or use the various weaponry you’ve accrued to take them down and bring an end to the current Timefall. You’re given no shortage of tech with which to fight BTs, especially since so many of your weapons are formulated using Sam’s own bodily excretions (yes, you read that correctly), but given that you’re constantly loaded with mission-related cargo wherever you go, you may find yourself leaving behind most of your arsenal, defenseless and on the run quite a lot.

Constantly being stalked through the pouring rain by enemies you cannot see and can only vaguely sense brings a whole new level of tension to the stealth gameplay Kojima is mostly known for, but it also creates logistical problems for your actual mission beyond survival. As Timefall causes rapid decay of anything it touches, getting caught in a deluge can easily ruin your cargo, causing you to fail your mission. There are ways to mitigate this effect, such as container repair sprays, or Timefall shelters that you or others can place in strategic locations, but you’ll constantly be forced to decide whether to push on with a delivery and risk a fight with a BT or take it slow and risk a lower grade for mission completion.

A MESSAGE OF HOPE

There’s a lot I did not cover in this review, because I genuinely believe it is the kind of game that needs to be seen to be believed and I’d feel horrible about possibly spoiling some of the cooler, more surprising aspects of Death Stranding. Suffice it to say that if you’re a fan of Kojima’s earlier works, particularly the more bizarre and outrageous efforts like Sons of Liberty, this game is probably for you.

Ultimately, Death Stranding is a game about finding faith in the darkness, getting back what we’ve lost, and remembering who we are and why we need each other. It is easily the most ambitious and utterly crazy thing I’ve ever experienced, one that is rich with potential for emergent gameplay and unique, lasting experiences, with a star-studded cast delivering a compelling story that unfolds like a fever dream. Kojima has always had a gift for giving us new experiences before we even realized we wanted them, and Death Stranding is easily the best example of that yet. After 50 hours with this game, my biggest complaint is that I wanted more. A lot more.