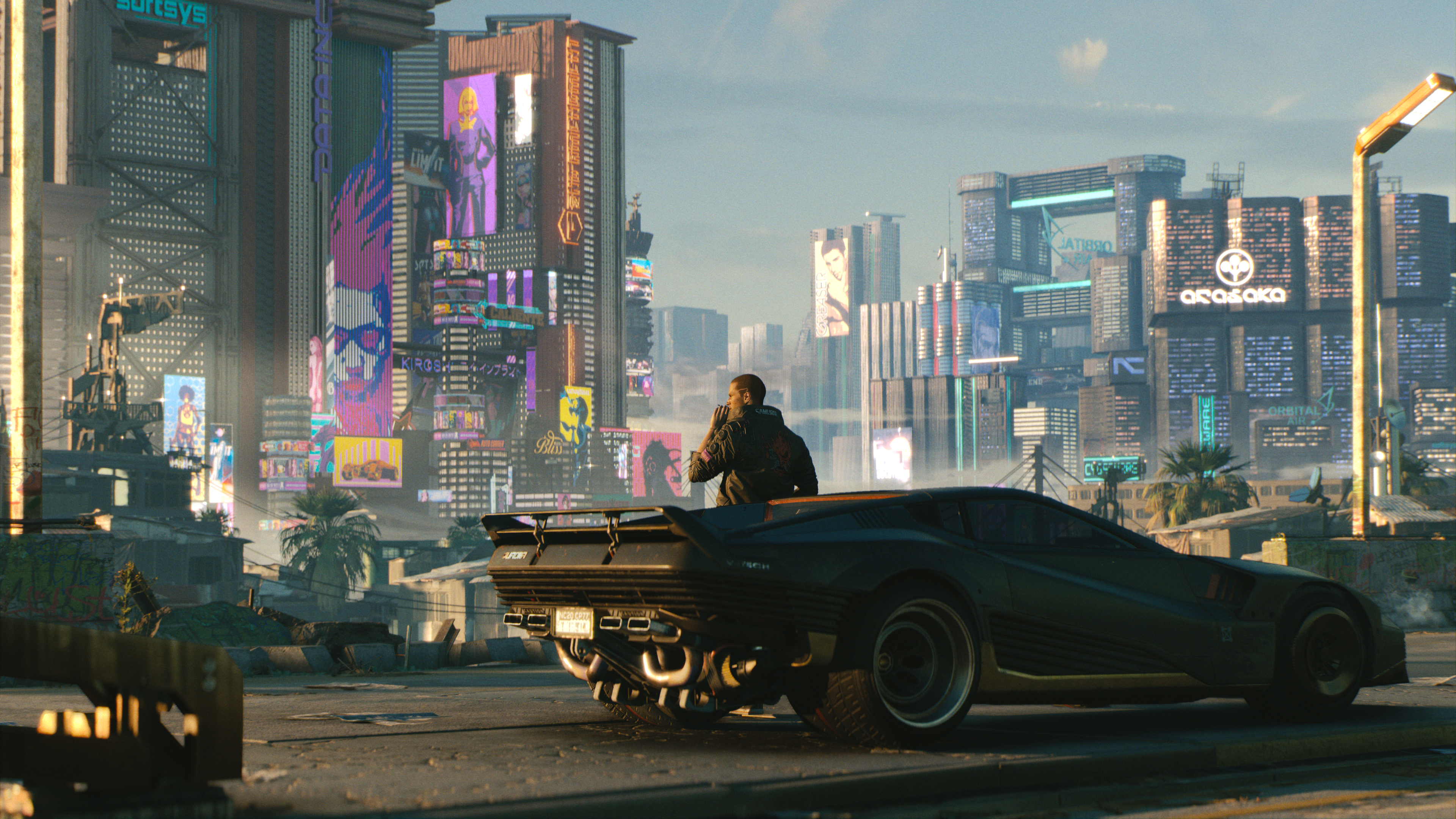 A Rundown is like a full review, but smaller. We use this format to inform you, our audience, and the internet at large, our thoughts on whether or not a game is worth buying. We haven't done one of these for a while, but considering the state of Cyberpunk 2077, we figured we'd bring it back for a hot second. Do note that this isn't our official review. We fully intend to review Cyberpunk officially once the game is a little bit more stable. Until then, here's our Rundown!

Cyberpunk is an RPG with a ton of reading, character upgrades, choices, dialogue, and general role playing goodness. Not everyone will like it, considering its very mature subject matter and overall themes. It's definitely not meant for children, or people unfamiliar with RPGs.

Graphically, Cyberpunk 2077 can look absolutely amazing... if you buy it on Stadia, or PC, and have a $700 video card. On the PS4, however? Graphics are a bit of a nightmare. I'm sure you've all seen the memes by now, but if not, imagine a game with player models from 2002. Sure, this is definitely an unintended bug, but it's still something you will have to deal with on the console versions of Cyberpunk 2077.

It's pretty average in regards to the games overall difficulty. Enemies are a bullet sponge, similar to The Division. Which can at times make them appear far stronger than they really are. But all in all, and aside from a minor learning curve with the hacking mini-games, Cyberpunk 2077 is about average in terms of hardness. Not hard, not easy, while still being challenging at times.

And here's where the problem arises. Cyberpunk 2077 is a broken, buggy, mess of a game. It's at the point where I'm struggling to even play it. I've had to reload my saves countless times due to various game breaking bugs stopping me from progressing any further in the main story. There are also severe performance issues on the base consoles, with the frame rate going down to 15 at times. The game is, as it stands today (December 14th, version 1.04), completely and absolutely unplayable. From having to restart main story missions, to spontaneously combusting. Severe graphics problems, to outright crashes. Cyberpunk 2077 is broken.

In fact, the only platform that runs it well on a technical level, isn't the PlayStation, or even a PC with an RTX 3080. Nope, it's Google Stadia, which is the only platform capable of maintaining a solid and consistent 60 frames per second. And even then, the game itself remains to be plagued by constant bugs and glitches that constantly force you to reload your saves to progress forward in the story.

I absolutely love the story. The theme. The setting. It ticks every futuristic dystopian box. Things do get a little bit slower during the later part of the game, but it is overall quite enjoyable.

The gunplay, when it works, feels good. The driving is solid as well, with each car having a very distinct weight to it. Some of you may not like how the cars control, but I personally really do. It's realistic, but does take some getting used to. The hacking mini-games are likely my most unenjoyable part of Cyberpunk, though they're not bad by any stretch. The Braindance feature is also remarkably fun, while acting as a puzzle in and of itself.

After you beat the game, and finish the various side quests, the world doesn't really feel lively enough to warrant continued play. While the three player paths should in theory give you additional story incentives to play from a new perspective, they're really not as different as the advertisements made them out to be. Most (like 95%) of the missions are shared between all player paths, with the main difference being the intro missions, as well as some minor stuff later on in the game that isn't really all that meaningful. Overall, it should take you between 30 and 40 hours to beat the game while also finishing some side missions along the way.

Simply put, as it stands today, Cyberpunk 2077 is not worth buying. While the game might be fun, and has the potential to become an absolute masterpiece later on, the various bugs, glitches, and technical issues makes it so Cyberpunk 2077 is very hard to recommend buying, especially on PS4.  It also has the unusual side effect of making it extremely hard to accurately score in our official review. We want to be able to give Cyberpunk 2077 an 8 or a 9, as I feel as though it's very much worth it based on its gameplay, story, and overall "fun factor". However, given the rather massive technical issues, I can't in good faith recommend Cyberpunk 2077 to anyone, at least not as it stands right now.


Remember, the above score is not our official review score. It's simply the game as it is today, and we most definitely cannot recommend it. Our final score in our official review will likely be far higher, since the only thing holding Cyberpunk 2077 back right now are the bugs. Stay tuned for our official review, which we hope to have out by the end of the month. Until then, hopefully this rundown will suffice.

I'm starting to like writing rundowns more than our actual reviews. lol.